Study Finds MOOCs Increase Educational Disparities, Rather Than Reduce Them 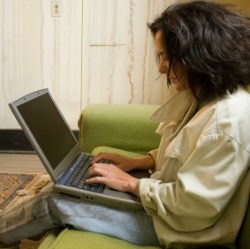 Massive open online courses -- which are typically free, but rarely result in college credit -- have been chugging along for more than a year, and though experts continue to debate their role and potential merits in the grand scheme of higher education, most might agree that they improve educational access in even the poorest regions of the world. Then again, maybe not, at least not according to a recent study on MOOCs published in Nature.

The study was conducted by researchers at the University of Pennsylvania who sought to profile the types of students enrolling in courses through the Penn-affiliated MOOC provider Coursera, reports The Daily Pennsylvanian. Survey results suggest that contrary to the popular belief that MOOCs will improve educational accessibility among those who cannot afford college, most MOOC students are already well educated and comparatively wealthy. Study author Ezekiel Emanuel suggests a technological divide is partly to blame.

"If you are privileged you already have access to computers," Emanuel told Bloomberg. "The 'have-nots' are not going to have access to this. It's not so easy to shorten that barrier. Maybe over the next 10 to 20 years that will go down but, for the moment, MOOCs are likely to increase disparities in-country."

Researchers surveyed nearly 35,000 students enrolled in at least one of Penn's 32 Coursera courses in July, and found that across all geographic regions, MOOC students tend to already have high levels of educational attainment. Overall, 83 percent of respondents said they already have a two- or four-year college degree, which The Daily Pennsylvanian notes is far above many international averages. Educational disparities were especially noted in countries like Brazil, Russia and South Africa where 80 percent of MOOC students had degrees, compared with the mere 5 percent of the total population in these countries that held such a credential.

"What I take away from this is that, for MOOCs to change the world, there needs to be more than just high-quality digital content alone," law school professor Edward Rock, Penn's director of open course initiatives, told The Daily Pennsylvanian, adding that MOOC providers need to supplement online learning with on-the-ground, in-person partnerships if they hope to succeed. Emanuel tends to agree.

"If we're going to make these available, there's a lot of work that has to be done," Emanuel told Bloomberg. "We can't just throw this up on the web and assume goodness will happen. It doesn't work that way."

Coursera said in October that it will launch an initiative called Coursera Learning Hubs, which involves creating learning centers at 30 locations worldwide, mostly in developing countries, and sometimes within U.S. embassies. These Learning Hubs would allow students who do not have a computer of their own to access the Internet and work with local course facilitators.

The Wall Street Journal notes that while Coursera has not yet commented on the new study, its co-founder Andrew Ng has previously suggested that 40 percent of the provider's students come from developing nations, and that the start-up is only just beginning to assess how access to technology and the web might impact educational outcomes.