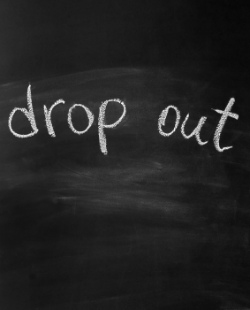 A new report released yesterday found that part-time students are far less likely to complete college than those enrolled full-time.

The study from the nonprofit Complete College America used data from 33 states to determine how many students completed their degrees at public institutions, and included details such as whether students were enrolled at two- or four-year schools and if they were part- or full-time.

Among the report's most distressing findings: Part-time students rarely graduate. "Even when given twice as long to complete certificates and degrees," said the report, "no more than a quarter ever make it to graduation day." Moreover, the study found that only a quarter of students at U.S. residential colleges are enrolled full-time.

Stan Jones, the president of Complete College America, pointed out that the study is particularly significant because few statistics are known about students who enroll part-time or who transfer. "We know they enroll, but we don't know what happens to them," he explained to The New York Times. "We shouldn't make policy based on the image of students going straight from high school to college, living on campus, and graduating four years later, when the majority of college students don't do that."

Take, for example, Samuel Torres, 35, who was interviewed by the South Florida Sun-Sentinel. Torres dropped out of a private college a decade ago because of financial problems, and is now pursuing an associate's degree at Broward College. But first he is required to take non-credit remedial math and English courses, which will lengthen the time he needs to spend at school. According to the report, students who must take remedial courses are far less likely to graduate than those who don't.

"It is frustrating, but these are the procedures they have in order to succeed and move on," he told the Sun-Sentinel.

"The data suggest that if there were a full count [of college completion], it would present a picture that's worse," noted Jones, who was quoted by Inside Higher Ed. "If you were to create a combined rate [including full-time and part-time students], it would be lower."

The group offered several suggestions for helping to improve college completion rates, including reducing the time required to earn a certificate or degree, diverting students from remedial programs, and restructuring programs to fit students' busy schedules.