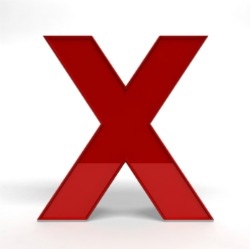 New research from the Center for Work-Life Policy has found that more than a third of women in Generation X are childless, often due to what the center's president referred to as "a creeping non-choice."

The study of 2,592 college-educated white-collar workers, called "The X Factor: Tapping in to the Strengths of the 33- to 46-year-old Generation," found that the so-called Generation Xers are very educated and ambitious. But at the same time, a full 43 percent of the women studied did not yet have children.

Personal finance issues, amplified by the national economic slump, appear to be a powerful influence. As The Wall Street Journal reported, the study cited several contributing factors: Generation Xers, who are born between 1965 and 1978, took on heavier student loans than previous generations and experienced a severe housing slump and difficult economic times. Consequently, they also work harder; nearly a third of high-earning Generation Xers work at least 60 hours a week.

"Searching for a balance between work demands and personal obligations leaves them overworked, overstressed and overstretched," said the study's authors.

In an interview with The Huffington Post, Sylvia Ann Hewlett, the founding president of the Center for Work-Life Policy and one of the study's authors, referred to Generation X's lack of childbearing as a "creeping non-choice."

"You don't wake up one day and say, 'I'm not going to have kids,'" she explained. "It's a decision that falls out of other circumstances. Other important factors and opportunities crowd out the possibility of having children."

Hewlett noted that 28 percent of Generation Xers are working 10 hours more a week they did five years ago. "That's in part because of the Great Recession," she told the Huffington Post. "Everyone is doing more with less. Everyone's running a little scared. Unemployment is 9 percent. You really fear for your job. There's tremendous work pressure and it's gotten considerably more intense over the last five years. Sometimes it's hard to find time to wash your hair, let alone date and have kids."

But the study also found that the pressures Gen Xers face have made them more resilient. A press release from the Center for Work Life Policy notes that Gen Xers "are masters at mastering change--a skill set critical in every company today. They have been laid off, restructured, outsourced, reorganized and relocated more than any other generation in modern times--yet they are hugely hard-working and ambitious, eager to amplify their talents by learning new skills and garnering new experiences."