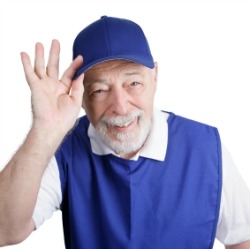 According to a Brookings Institute study, older workers on average are earning greater wages than their younger co-workers, suggesting that their productivity and employability are higher than public opinion might believe it to be. In fact, the research from the study - called "Is an Aging Workforce Less Productive?" - showed that male workers ages 60 to 74 earned 22 percent more per hour than did men ages 25 to 59. Similarly, females ages 60 to 74 earned 10 percent more per hour compared to women in the younger age group.

"Older people are thought to be frailer in physical jobs, and perhaps more out of date in their knowledge for jobs that are more intellectually demanding," Gary Burtless, study researcher, told FOX Business. "Looking at the workforce, and who remain employed, and looking at their wages − that doesn't play out."

NBC News notes that this may be because workers who remain employed after 60 may be better educated, in better health and already in possession of a good job. However, it may appear that they are doing so well just because younger people are struggling so much by comparison.

Also, higher hourly wage figures for older Americans are a change from the past. As NBC News points out, in the 1980s and 1990s, the hourly wage for older men was nearly the same as that for younger men and the hourly wage for older women was actually a bit less, on average, than that of younger women. That began to shift in 2007 when older workers' hourly pay began to increase and those for younger people stayed the same. Furthermore, due to the baby boom, NBC News explained, the number of employees in the workforce reaching age 60 has been increasing and, consequently, so has their share of total labor income.

The idea that older workers are less productive is erroneous, Charles Wardell, president and CEO of executive recruitment firm Witt/Kieffer, told FOX Business. Rather, these individuals tend to perform well and complain less, and are thus in demand. Despite their being more expensive to employ than younger workers, companies may be willing to pay extra for their skill, maturity and experience levels.

"People who want to work and are still active and have skills and experience are wanted by these companies," Wardell told FOX Business. "It's not some kind of charity − they keep them on because they perform exceedingly well."