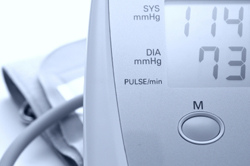 A recent study showed that going to graduate school may lower blood pressure, particularly among women.

The study, which was published in the journal BMC Public Health, was led my Eric B. Loucks, an assistant professor of community health at Brown University. In conjunction with three other researchers, Loucks analyzed nearly 4,000 patient records from the Framingham Offspring Study, a research project that aimed to identify heart disease risk factors among residents of Framingham, MA, reported The Chronicle of Higher Education. The longitudinal study followed participants, all of whom were in their 30s when the study began, from 1971 through 2001 and provided data from seven health assessments.

According to MedPage Today, researchers divided education levels into three groups: 12 years or less (the equivalent of high school or less), 13-16 years (reflecting some post-secondary education) and 17 years or more (which represented education beyond an undergraduate college degree).

A Brown University press release reported that Loucks and his colleagues found that women who had 17 years or more of education had systolic blood pressure readings that were, on average, 3.26 millimeters of mercury (mmHg) lower than women with less than 12 years of schooling. Furthermore, women who only pursued an undergraduate degree had systolic pressure readings that were 2 mmHg less than women with fewer years of education. Among men, those who went on to graduate school had a 2.26 mmHg benefit compared to men who did not finish high school.

Interestingly, even when controlling for other risk factors, such as smoking, drinking, obesity and blood pressure medication, the health benefit remained, though at slightly lower levels--graduate school education lowered blood pressure readings for women and men by 2.86 mmHg and 1.25 mmHg, respectively.

In other words, "there appears to be a graded response," explained Loucks to The Chronicle of Higher Education. "The more education you have, the better you do."

Loucks did, however, point out that the numbers are not enough to be clinically significant for any single individual. Still, he added, "spread over a population, it can have an important effect, like decreasing overall salt intake a little bit."

Researchers speculated that those with more advanced education have an enhanced socioeconomic status, which allows them to better resist stress.

"My sense is that it's the social factors. Higher social status seems to be a buffer against many sources of stress. And stress affects blood pressure," said Donna D. McAlpine, associate professor of public health at the University of Minnesota-Twin Cities.

Loucks agreed and highlighted that the correlation might explain why the benefits are greater for women.

MedPage Today noted that while the authors accounted for many important factors, several were not included in the study, such as socioeconomic circumstances, parental blood pressure, intelligence and early-life obesity. Furthermore, most of the study's participants were white, so results may not translate to other racial or ethnic populations.

Nonetheless, the data shows that education may play a pivotal role in improving public health.

"Socioeconomic gradients in health are very complex. But there's the question of what do we do about it. One of the big potential areas to intervene on is education," said Loucks in the press release.