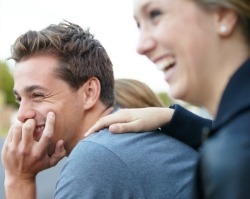 When you envision a Mecca for young adults, it is probably more likely to be in a state like California or New York than, say, North Dakota, notes The Huffington Post. It is true that young people flock to these locales, but, according to a new analysis, this might be a mistake. In fact, if you compare states on a number of factors that impact the quality of young adults' lives, the Midwest trumps coastal hipster magnets in most ways.

The new analysis by MoneyRates compared and ranked all 50 states in terms of their habitability for young adults. A number of key metrics were considered, like: youth employment rates; college costs; rental costs and availability; internet connectivity; and the prevalence of bars, nightclubs and fitness centers. From this perspective, the top-ranked state for young adults is not a coastal paradise; it is North Dakota.

North Dakota reports the lowest youth unemployment rate in the country, reports MoneyRates, and ranks second only to Wisconsin for its per-capita share of bars, pubs and nightclubs. College and housing is affordable, too. North Dakota's close cousin South Dakota came in second on the ranking, thanks to its low cost of living and high rental vacancy rate. Nebraska -- which boasts the second lowest youth unemployment rate, low college costs and an affordable cost of living -- came in third, and Montana and Iowa rounded out the top five.

The states that ranked the lowest on MoneyRates's analysis may be just as surprising as those at the top, notes CBS's MoneyWatch. West Virginia ranked dead last, despite its low cost of living. It seems the state also has a high youth unemployment rate and ranks at the bottom for broadband connectivity. Arizona, ranked second-worst, also reports high unemployment, but with high education costs to boot. California's high rent, discouraging 15.9 percent unemployment rates and increasing education costs earned it the No. 48 spot on this list, while New Hampshire and Maine completed the bottom five.

Does this mean budding college graduates should pack their bags and move to a Dakota? Perhaps not, suggests Stuart Mease, director of career advancement and employer relations at Virginia Tech's Pamplin College of Business. Mease, who formerly worked for the City of Roanoke Va., where he was tasked with creating programs and events to attract and retain young adults, said that your life stage should drive where you settle more than anything else.

"[The] demographics could be misleading if you are looking only at age," said Mease, adding that for young parents, finding an area with good schools probably matters more than finding one with a fair number of bars. He noted that industry matters, too, and advises students to consider their desired locale's industry profile when choosing a major."[What] is its top industry, and what skills do employers need?" asks Mease. "You may find you have a to take a job beneath you in order to live in the sun."