Study Says Aiming For College Will Not Hurt 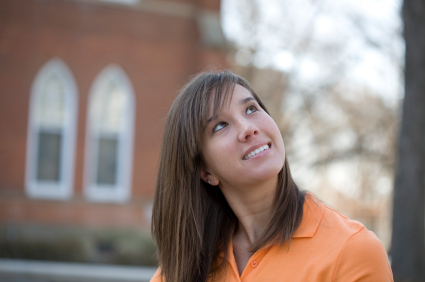 A new study has found that those who aspire to attend college and fail do not suffer any long-term psychological problems as a result.

"We should not be in a hurry to dissuade these [unpromising] students from planning to go to college," said John R. Reynolds, a sociology professor at Florida State University who wrote the report and was quoted in a press release. "In fact, the only way to guarantee negative mental health outcomes is not trying. Aiming high and failing is not consequential for mental health, while trying may lead to higher achievements and the mental and material benefits that go along with those achievements."

The report, entitled, "Is There a Downside to Shooting for the Stars? Unrealized Educational Expectations and Symptoms of Depression," was published in the American Sociological Review and was co-authored by Reynolds and Chardie L. Baird, an assistant professor of sociology at Kansas State University.

Inside Higher Ed reports that the scholars used the National Longitudinal Study and Longitudinal Study of Adolescent Health to compare people who did or did not achieve their educational goals, and found little differences in mental health between the two groups. Those who failed developed what the authors referred to as "adaptive resilience," which allowed them to deal with their disappointment without affecting their mental health.

"It may be that young adults can successfully adapt to the unexpected focusing on the positive aspects of their transition to adulthood rather than dwelling on plans that have fallen through or have been put on hold indefinitely," said Reynolds. "They might also deal with failed plans by extending the plans forward in time as achievements still to come. Young adults with college expectations may visualize having their entire lives to realize their educational plans."

The study is a direct response to social scientists who have often speculated that those who aspire to attend college but fail to do so will suffer psychologically. Similarly, a study published last fall cautioned people to be realistic about career goals rather than blindly following passions in order to maximize long-term mental health.