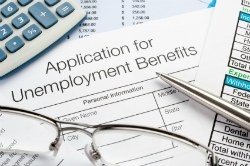 A new study has found that contrary to popular belief, extending unemployment benefits has little effect on the unemployment rate.

The study, presented at the Brookings Institution last week, was authored by Jesse Rothstein, an economist at the University of California-Berkeley and chief economist for the U.S. Department of Labor. He found that unemployment benefit extensions raised the unemployment rate by just 0.2 to 0.6 percentage points--a miniscule amount. He also determined that half or more of this increase was the result of the number of workers who continue to look for work instead of dropping out of the labor force.

As reported by MLive.com, Rothstein noted that some analyses even suggest that unemployment insurance extensions are ultimately beneficial: Such extensions, he wrote, keep displaced workers in the labor market, which may increase the share of who are later reemployed.

President Barack Obama's new jobs plan calls for another unemployment benefits extension, but economists have long claimed that extending unemployment benefits increases the amount of time that people remain unemployed. The rationale is that because people are receiving benefits, they hold out for better-paying jobs, thereby remaining unemployed longer than they would have had they not been receiving benefits.

"This economy will not recover if we're going to continue to borrow money, put the debt on the heads of our grandchildren, and think that spending money solves anything," said Rep. Steve King (R-Iowa) in a speech at the House of Representatives last week, as reported by The Huffington Post. "We've got to get this country back to work and get those people out of the slacker rolls and onto the employed rolls."

Alan Krueger, chairman of Obama's Council of Economic Advisers, would agree. The Statesman Journal in Oregon reported that during Krueger's career as a Princeton economics professor, he, along with other leading economists, wrote that unemployment insurance increases the time that workers remain unemployed.

The Statesman Journal further pointed out that one recent publication from the Federal Reserve Bank of Chicago estimated that the "extension of unemployment insurance benefits during the recent economic downturn can account for approximately 1 percentage point of the increase in the unemployment rate."

Other estimates are even higher. The Huffington Post reported that some economists have said that extended benefits have increased the unemployment rate as much as 2.7 percentage points.

But the new study by Rothstein disputes those claims, and actually calls for more generous unemployment benefit extensions. "The evidence here thus supports the view," Rothstein wrote," that optimal UI program design would provide for generous extensions of benefit durations in deep recessions that last until the labor market is strong enough to give displaced workers a realistic chance of finding new employment before their benefits expire."

In an interview quoted in the Huffington Post, Rothstein said that he wrote the paper "because there are all these people arguing this was a big effect, and we just didn't know. What the results say is, [these people] don't have much of a point."