Study Says Pell Grant Program Is Not Achieving Its Goals 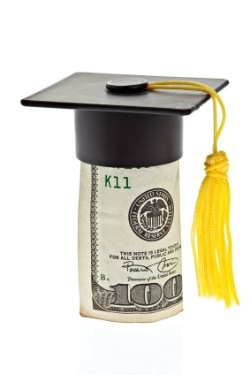 A new study released last week found that many more students are receiving grants through the Pell Grant program, but not enough of them are earning their degrees in a timely manner.

The study was released last week by Jenna Robinson and Duke Cheston from the Pope Center for Higher Education. As reported by The Wall Street Journal, the Pell Grant program cost $36 billion in 2009-10, comprising half the budget of the Department of Education and making it the federal government's single largest higher education expense. A total of 9.6 million students -- or 60 percent of all college students -- received grants in 2009-10. Between 2008 and 2010, the number of people who received Pell Grants increased almost 50 percent.

Some of these recommendations are about to be implemented. As reported by the Mercury News, beginning July 1, college students without high school diplomas will be ineligible for Pell Grants, as will students who have spent more than six years in college. Over 120,000 students will be affected by the changes. Moreover, changes in income requirements will reduce or eliminate the grants for about 300,000 others.

"You should be able to get a bachelor's degree in six years, honestly," acknowledged Danielle Torno, who is about to lose her grant and was interviewed by the Mercury News. "But there should be hardship exceptions. People have families."

Republican lawmakers are responsible for the changes to the Pell Grant program. Rep. John Kline (R-Minn) said in a written statement that Congress needed to make "tough choices" to cut government funding for Pell Grants.

In related news, the Associated Press reported that a Senate panel recently voted on a measure to increase the maximum Pell Grant by $85 to a total of $5,635. The measure, which was narrowly approved, goes to the full Senate for consideration, but it is unlikely that it will become law in time for the budget year beginning October 1.