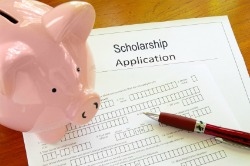 A new study has found that state grant and scholarship programs are increasingly awarded to wealthy students.

The study, called "Beyond Need and Merit," was conducted by the Brown Center on Education Policy at the Brookings Institution. As reported by The Washington Post, the report advocated awarding state financial aid based primarily on need, rather than merit.

"We propose moving away from the dichotomy between 'need-based' and 'merit-based' aid and instead designing programs that direct aid to students with financial need with appropriate expectations and support for college success," wrote two of the authors, Sandy Baum and Matthew M. Chingos, in an article that appeared in Inside Higher Ed. "Too many existing grant programs exclude the students who need them most by rewarding past academic achievements. Our goal is to improve the performance of students facing financial and academic challenges."

The report noted that 20 years ago, 90 percent of state financial aid was awarded at least partially based on need. Today, however, that number has fallen to 70 percent. For example, The Washington Post noted that 35 percent of financial aid recipients in Louisiana are from families that earn annual incomes of over $80,000. Less than half of state financial aid is awarded to needy students in Florida, Georgia, Idaho, Kentucky, Louisiana, Mississippi, Nevada, New Mexico, South Carolina, South Dakota, Tennessee, Utah and West Virginia.

An article from U.S. News and World Report published last summer noted that for the 2009-10 school year, 1,083 colleges and universities awarded merit scholarships or grants to students who did not demonstrate financial need. An average of 14 percent of students received merit aid that was not based on need. The school with the highest number of students receiving merit aid was Louisiana College, where 88 percent of non-needy student received some form of merit aid in 2009-10.

The authors of the Brookings Institution report pointed out that in deciding financial aid, some states ignore financial circumstances completely. Others target low-income students, but often use complicated allocation formulas that can cause confusion for students.

The report recommended that states target financial aid towards students whose potential to succeed is most constrained by limited resources, and consolidate aid programs to simplify the process for students and their families. The authors of the report also recommended that state grant programs encourage degree attainment by rewarding accomplishments such as the completion of credit hours.

"Academic requirements embodied in state grant programs should provide meaningful incentives for success in college," wrote Baum and Chingos in Inside Higher Ed. "They should not be focused exclusively on past achievement or be so high as to exclude students on the margin of college access and success."

"Beyond Need and Merit," insidehighered.com, May 8, 2012, Sandy Baum and Matthew M. Chingos