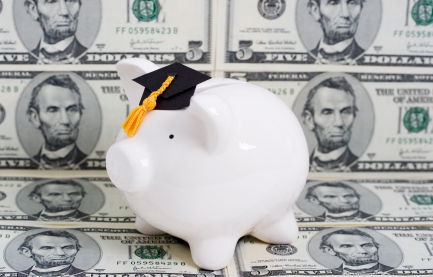 A new survey has found that most students and parents decide against certain colleges solely based on their published sticker prices, which do not reflect how much financial aid is available. Yet interestingly, many students often expect that they will receive more aid than is actually offered.

The findings come from Student Poll, which is published by the College Board and Art & Science Group, and was based on an online survey of over 1600 high school seniors. The results indicated that 59 percent of students made college choices based only on sticker prices, while only 28 percent said they had considered tuition price after subtracting what they might receive in financial aid. Twelve percent said they had not considered the cost of college at all.

Experts have pointed out that making college decisions based solely on sticker price is not realistic. In fact, according to a recent survey by the National Association of College and University Business Officers, private colleges are spending more on grant aid than ever before. The Chronicle of Higher Education reported in March that according to the study, the average tuition-discount rate for full-time freshman who entered college in fall 2008 rose from 39.1 to 41.8 percent.

MinnPost.com reports that Paul Cerkvenik, president of the Minnesota Private College Council, similarly noted regarding a Minnesota tuition trends report that "it's more accurate to look at the net tuition increases over time rather than the published price increases." That's because according to the report, 92 percent of private college students received some form of aid, and the average student paid about half the sticker price.

So why are the sticker prices so inflated? "You'd need to ask individual institutions," Cerkvenik responded in MinnPost.com. "There's a wide range of approaches. . . . All over the country, the model is driven in part to make sure opportunities for higher education are open to people of all income levels and limited means receiving substantial institutional aid to complete a degree."

Despite this, the Student Poll report found that "students and their families are engaged in a bit of wishful thinking when it comes to how they will finance a college education." For example, a majority of students assumed they would receive merit-based financial aid based on academic abilities--even those with SAT scores of 1000 or below. Students also expected that grants and scholarships would cover more than one-third of their college education, when the national average is around 15 percent.

"You have this sticker-price fear, but there's also a lot going on that raises students' expectations about what they're going to get," noted Richard A. Hesel, a principal of Art & Science Group, who was quoted by The Chronicle of Higher Education. "I've seen this for a long time, and it's gotten worse."

"On Sticker Prices and 'Wishful Thinking,'" The Chronicle of Higher Education, May 24, 2010, Eric Hoover