Study Shows Differential Tuition Is On The Rise 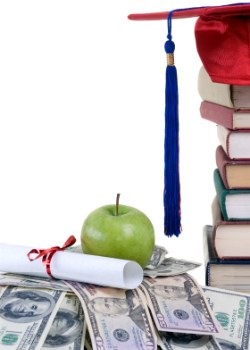 Charging college students at the same institution different rates, a practice known as differential tuition, is on the rise at public colleges and universities, according to recent study.

Tuition primarily is structured one of two ways -- rates vary per year of enrollment or per major or department. For example, at the University of Virginia, undergraduate students attending its McIntire School of Commerce pay $3,000 more than their schoolmates, according to The Cavalier Daily.

Differential tuition most often is charged to business, engineering and nursing students.

Until 1980, differential tuition didn't exist. However, with inadequate state funding along with increasing enrollments and higher education expenses over the ensuing years, some public institutions began the practice, Inside Higher Ed reported. The rationale for doing so has included: some programs cost more to offer and student demand varies among majors and students in certain fields would eventually land higher-paying jobs than those in others.

The practice, however, has been criticized for potentially forcing students to choose areas of study based on cost rather than interest. Also, it isn't fair, Bloomberg Businessweek Editor Louis Lavelle indicated. Some students charged the higher rates never graduate (and don't land those high-paying jobs) and those who do start their post-graduation lives do so with greater student loan debt than their lower tuition-paying peers. Furthermore, students who wind up with greater salaries will pay higher taxes, some of which goes back to their alma maters.

"In effect, they're already paying a differential tuition -- to Uncle Sam and for the rest of their lives," Lavelle said. "Hitting them up for another $3,000 while they're still in school adds insult to injury."

The Cornell Institute's report questioned whether so many colleges should be employing a policy about which little is known. In particular, research hasn't been conducted on the potential consequences of differential tuition.

"For example, does differential tuition by major influence students' choice of majors?" the researchers asked. "Do higher tuition levels for upper-level students affect students' persistence and graduation rates? If such effects exist, are they larger for students from lower-income families and how do such effects interact with state and institutional financial aid policies?"