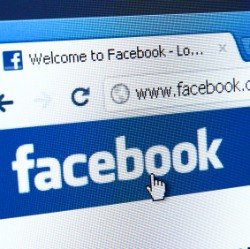 Facebook may be more than just entertainment for some, especially for students whose parents did not graduate from college. According to a new study, social media may help first generation college applicants feel more confident about applying to college as well as succeeding once enrolled.

The study was conducted by researchers from the University of Michigan and Michigan State University, based on responses from more than 500 lower-income high school students in Muskegon County, Michigan. According to a press release, the study assessed how various factors affected students' confidence about applying to college as well as their perceptions about succeeding once enrolled in college. Researchers looked at factors such as demographics, parents' involvement with the community and family history of college attendance in addition to overall support of students' interest in college from parents, friends and their Facebook network.

Through various survey questions, researchers gauged students' understanding of how to apply to college and found that 12 percent of participants used social media to retrieve information about the college application process, reported Psych Central. They then controlled for all other factors and found that first generation students who reported using social media to learn about the college application process were 1.8 times more confident about their knowledge of applying to college than students who did not use social media to get information.

To determine students' confidence in succeeding in college, researchers had participants rate statements regarding college success. Overall, first generation students had lower expectations compared to others. However, if first generation students reported that they had a Facebook friend who either was in college or had gone to college, they felt 2.3 times more confident in their ability to succeed than counterparts with no such Facebook connection.

Researchers did not explore the reasons behind these correlations, but according to the press release, they speculated that Facebook and other social media platforms might expose first generation students to more people who support their interest in college or know more about college and the application process to help answer questions. In other words, first generation students generally have less access to college resources, but Facebook may help them overcome that obstacle.

"We think social media may demystify the college experience, because kids are able to see how others like them experience the process," explained Nicole Ellison, associate professor at the U-M School of Information, in the press release. "Also, sites like Facebook make it easier to ask questions of one's network."

Though the authors of the study acknowledged that more research needs to be done and are currently examining how students use social media to get information about college, they still recommended that high school counselors experiment with ways to help juniors and seniors do research on college using social media. For instance, Ellison and colleagues from the University of Oxford and MSU plan to launch a Facebook app to help students find people in their network that might be good sources of information about college.