Study Shows Millennials Think 'It'S All About Me' 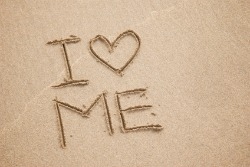 While some might have thought that the next generation of young adults would show more concern for others, their surroundings and the environment, a new study released by the Journal of Personality and Social Psychology shows otherwise.

Millennials, those born between 1982 and 2002, actually are less engaged on a civic, community, and political level than once thought, reported USA Today. Additionally, this group appears to be more materialistic than those before.

The study, called "Generational Differences in Young Adults' Life Goals, Concern of Others, and Civic Orientation," was led by Psychology Professor Jean Twenge of San Diego State University and looked at data collected from high school seniors and college freshman from the early 1970s to as late as 2009. Overall, an analysis was done on databases containing responses from 9 million high school seniors and incoming college freshmen.

"The results generally support the 'Generation Me' view of generational differences rather than the 'Generation We,'" the study's authors are quoted in The Chronicle of Higher Education as saying.

For example, in 1971 students place being well off financially as number eight on a ranking of life goals, reported The Chronicle. By 1989, however, financial success persistently began making the top of the list.

LiveScience also noted that this switch to extrinsic values could be the reason for this generation's increase in anxiety, depression and mental health issues.

On a positive note, the study does indicate that Millennials have less prejudice when it come to gender, race and sexual orientation, USA Today pointed out. It also shows that volunteerism has increased among young adults, but LiveScience noted that the authors speculated that this may be due to school requirements.

Still, despite the positives, Twenge warned that the findings are somewhat problematic.

"It doesn't bode well for society in general," she told The Chronicle.

"Millennials Might Not Be So Special After All, Study Finds," yourlife.usatoday.com, March 15, 2012, Michelle Healy