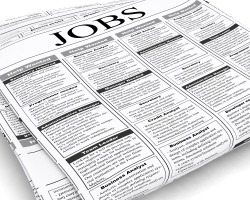 As the cost of attending college continues to increase, many individuals wonder whether it is even worth spending all of that money on tuition. However, a recent study proves that higher education is in fact a necessity for today's job market.

A Brooking Institution study found that education gaps are the main cause of high unemployment rates in metropolitan areas. As Forbes notes, Jonathan Rothwell, a Brookings senior research associate, examined online job postings between 2006 and 2012 in 100 metropolitan areas. He compared the average number of years of education required for job openings to the average educational level in each area. The percentage difference between those two figures is the education gap.

A Brookings Institution analysis of the study explains that one potential explanation for the gap between the supply and demand of jobs is that new technologies cater to the skill sets of highly educated workers. Another explanation is that there are not enough job openings for less-educated workers, and the number of these openings has declined over the years. In 2007, there were 2.9 job openings for each unemployed worker with a high school diploma or less. In 2011, however, there were 1.6 openings. This statistic declined even for educated workers. In 2007, there were 12 openings for every unemployed worker with at least a college degree, compared to 5.6 openings in 2011.

As The Wall Street Journal notes, employers are faced with an overflow of applicants compared to the number of jobs available. Consequently, they are raising education requirements for jobs in order to find the strongest candidates and to keep training costs low. Employers do the same when replacing retiring or laid-off workers. Susan Morris, who has a high school diploma and was laid off from her position as manager of a beauty supply store, points out that even for past positions that she has held, employers now require college degrees. "Your experience used to count for something, but it doesn't now. They still want a degree," said Morris in The Wall Street Journal.

According to Rothwell, even before the recession, metropolitan areas with higher education levels fared better than those with lower education levels, "and they're doing much better during the recovery," he said.

Brookings Institution explains that a major benefit of having a well-educated workforce is that college-educated workers are twice as likely to own a business employing individuals with a high school diploma or less as are less-educated workers. Consequently, metropolitan economies that are well-educated have a much higher rate of job openings, higher business growth, and higher job growth. Enrico Moretti, an economics professor at UC Berkeley, also told The Wall Street Journal, "Cities with highly educated workers attract employers that create wealth and then (employees) spend it in the local service sector, supporting the vast majority of us."

Brookings Institution concludes in its study that educational attainment is essential to lowering unemployment and, as The Wall Street Journal notes, it is the best predictor of a city's ability to achieve economic success.

"Where Unemployment Is Highest, Education Is A Big Part Of Why," forbes.com, August 29, 2012, Susan Adams