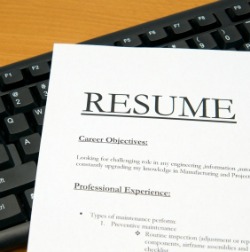 A recent study shows that Mondays might not be so bad after all, at least when it comes to job hunting. According to Bright.com, a company that helps job seekers find the right opportunities and employers find high quality candidates, 30 percent of job seekers who apply to a job on Monday advance to the next stage in the hiring process, reported MoneyWatch.

According to Quartz, Bright.com analyzed more than half a million job applications and more than 15 million views of job postings on its site by U.S. job seekers. "Success" was defined as an applicant getting scheduled for an on-site interview. ABC News noted that the study excluded jobs that often do not require resumes, such as jobs in agriculture, construction and food service. Still, Bright.com senior analyst Jacob Bollinger said the sample is representative of up to 80 percent of all U.S. jobs.

The study did not look at why Monday applicants do better, but Bollinger speculated that applying earlier gives hiring managers a chance to interview candidates in the same week. He also noted that as the week goes on and managers get busier, there is more of a chance that resumes get pushed to the side.

Some disagree with Bright.com's findings, however. Scott W. Pruitt, Director of Operations and Project Management at Commercial Building Consultants, LLC in Orlando, Florida told CityTownInfo that Mondays are not the best time for him to review resumes.

"I generally like to use my Mondays to catch up on things and plan my week," said Pruitt. "We find that our clients are very active on Mondays and we spend a good part of the day working on challenges or planning."

Kathy Cardozo, Silicon Valley-based job coach who has also recruited for companies such as Google, AdRoll and Hearsay Social and is currently Head of Client Engagement at Collegefeed, told CityTownInfo that she too disagrees with the findings. Cardozo explained that recruiters usually dedicate a couple days to reviewing resumes so the day that an applicant applies does not necessarily matter.

While Bright.com's findings may not hold true for every company, most recruiters and hiring managers seem to agree that there are certain things applicants can do to increase their chances of scoring an interview. MoneyWatch reported that networking is key. Cardozo agreed and recommended that applicants leverage three avenues into the company.

MoneyWatch pointed out, however, that applicants should still be polite when reaching out and following up. Furthermore, applicants should only reach out via email, unless specifically told otherwise. Being too pushy or rude could work against you. Pruitt told CityTownInfo about an aggressive applicant he recently encountered and said, "It is very important that prospective candidates be professional in their presentation, demeanor, dress and attitude."

Other important tips that both Cardozo and Pruitt recommended were tailoring your resume and ensuring that it is accurate and free of grammatical and spelling errors and doing thorough research on the company and role that you are applying to. As MoneyWatch pointed out, if you are called in for an interview, you will be much more successful if you are able to demonstrate that you understand the company and how you can make a difference.