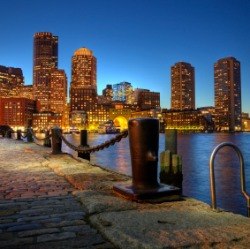 Recent college graduates leave New England at a faster rate than any other region in the U.S., suggesting that job prospects are better elsewhere in the country.

According to a press release, the study was released by the New England Public Policy Center at the Federal Reserve Bank of Boston. Senior economist and author of the report Alicia Sasser Modestino analyzed retention rates for college graduates across the country and found that 63.6 percent of the 2008 graduating class remained in New England a year after graduating. The Boston Globe noted that that figure is lower than the national average of 69 percent, which could have a negative impact on the region's economy. In comparison, the West retains 88 percent of college grads and the Middle Atlantic states retain 82.7 percent. In the South Atlantic region, 79 percent of recent graduates stayed in the area for at least a year.

"Between 1990 and 2010, the number of individuals aged 22-27 years with a bachelor's degree or higher in New England grew by only 12.1 percent -- less than 1/3 the national increase," said Modestino in the press release. "As a result, policymakers and business leaders are concerned that an inadequate supply of skilled workers may hamper the region's economic growth."

Broken down my specific state, Banker & Tradesman reported that Massachusetts had the highest retention rate of 2008 college grads in New England a year after graduation -- 52 percent. Vermont had the lowest at just 20 percent, and the District of Columbia had a retention rate of 10.4 percent. Conversely, New York and California ranked No. 10 and No. 1, respectively, in national retention rankings. These states retained more than three-quarters of their 2008 graduating class.

Modestino found that New England college graduates reported leaving the region for job and educational opportunities, compensation, proximity to family and personal preferences such as weather, culture and recreation. Cost of living was also a factor, though it was not as high on the list of graduates' concerns as assumed. In fact, The Boston Globe reported that just 2 percent of recent college graduates said they left Massachusetts because of high rents.

Because of this fact, Modestino recommended that the region build stronger relationships between colleges and businesses by expanding and focusing on internship opportunities for college students.

"Our hope is that business leaders, policymakers, and universities -- armed with a better understanding of the factors affecting the retention of recent college graduates -- can identify and mobilize initiatives targeted at efficiently and effectively expanding the region's supply of skilled workers," said Modestino in the press release.