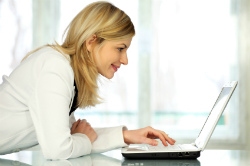 A new survey shows that the number of students enrolled in online education grew for the ninth consecutive year, reported Inside Higher Ed.

The study, which was conducted by Babson Survey Research Group, showed that more than six million students take at least one course online, according to a press release.

While online enrollment increased by 10 percent between the fall of 2009 and the fall of 2010, this increase was the smallest since 2006 and not nearly as significant as the 2008-2009 growth of 21.1 percent, noted Inside Higher Ed. However, this slowdown was predicted by Jeff Seaman, also a co-director of the research group. In a 2010 article issued by Inside Higher Ed, he explained that more students could be in need of financial aid to be able to attend college and this could have an impact on enrollment rates.

He told Inside Higher Ed that he was surprised by this year's 10 percent increase.

The 10 percent increase means that an additional 500,000-plus students signed up for at least one online class from 2009-2010, according to The Chronicle of Higher Education. This 10 percent growth was also higher than the 2 percent increase in enrollments reported for all higher education institutes combined.

The report, called "Going the Distance: Online Education in the United States 2011," was known in previous years as the Sloan Survey of Online Learning, The Chronicle of Higher Education reported. This year, however, the press release noted that the Babson Survey Research Group produced the study itself with support from groups such as Kaplan University, the Sloan Institution and Inside Higher Ed. Answers to the study came from more than 2,500 higher education institutions including both for- and non-profit schools, Inside Higher Ed reported.

As noted in the press release, the study also found that more than 30 percent of college students take at least one online course and some 65 percent of colleges and universities indicated that online education is an important part of their long-term plans. Furthermore, according to The Chronicle of Higher Education, some 67 percent of those in academia considered online education to be the same or better than learning at actual schools, which is a 10 percent increase from 2003 when the report was first published.

For the first time this year, the survey also included the opinion results of educational administrators about open education resources, or OER. These are licensed materials that can be accessed online for free. The results indicated that many felt OER could be an important component of learning.

"Open Education Resources are seen as having the potential to reduce costs," the authors wrote in their report, as stated in Inside Higher Ed. "Nearly two-thirds of all surveyed chief academic officers agree with this statement." However, they also noted that "concerns about acceptance and quality are low. Less than one in 10 think that faculty will not accept OER and only one-fifth believe OER resources 'are not yet of sufficient quality for my institution.'"

"Online-Course Enrollments Grow, but at a Slower Pace. Is a Plateau Approaching?" chronicle.com, November 9, 2011, Marc Parry