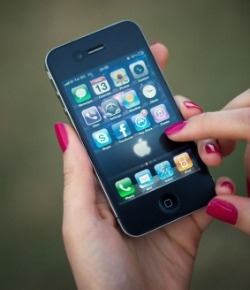 We are all aware that teens and college students are constantly connected to the Internet and Facebook, texting and instant messaging. While many have questioned the effects of this constant digital interaction, recent studies are now highlighting its impact on young adults.

According to a press release, social media presents many of the negative side effects that have been suspected for years. However, overuse of social media can also be a good thing.

"While nobody can deny that Facebook has altered the landscape of social interaction, particularly among young people, we are just now starting to see solid psychological research demonstrating both the positives and the negatives," said Larry D. Rosen, PhD, professor of psychology at California State University, Dominguez Hills.

As International Business Times reported, Rosen's findings are based on surveys with 1,000 urban adolescents and 15-minute observations of 300 students while studying.

According to LiveScience, daily overuse of social networking was associated with negative traits such as narcissism and increased aggression as well as traits associated with mental illnesses such as schizophrenia and depression. Furthermore, social media can be a distraction, causing teens to retain or understand less information. As reported in the press release, middle school, high school and college students who logged into Facebook at least once during a 15-minute study session earned lower grades.

The results are not all negative, however.

"It's helping us change in good ways, in ways that help young adults connect," said Rosen to LiveScience.

For instance, although research has shown that today's college students are less empathetic than previous generations, Rosen found that young adults who spend lots of time on Facebook actually show a great deal of "virtual empathy" to their online friends. Online social networking can also promote healthy social relationships by giving shy teens and young adults a less intimidating way to socialize and communicate with peers. And it is also a great teaching tool that keeps students engaged.

Rosen discussed his findings in a presentation titled, "Poke Me: How Social Networks Can Both Help and Harm Our Kids".

"Facebook's Danger on Kids' Health And How To Prevent It: Psychologist's Guidance for Parents," newyork.ibtimes.com, August 8, 2011