Study Shows That Student Loans Are Second-Highest Source of Debt in U.S. 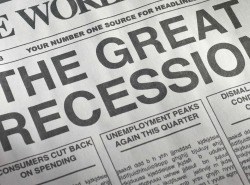 Student loans, which reached an aggregate value of $966 billion at 2012's end, have become the second-highest cause of debt behind mortgages, surpassing credit card, home equity, and auto debt. Between 2003 and 2012, the percentage of 25-year-olds with student debt rose from 25 percent to 43 percent. The average student loan balance followed a similar pattern, increasing by 91 percent - from $10,649 to $20,326. Delinquency rates for student loans are also on the rise.

Record-high student debt, as research revealed, seems to have affected individuals' decisions to take on other kinds of debt. For example, before the recession, a higher percentage of 30-year-olds with a history of student debt than those without it had home-secured debt. The reasoning here was that individuals who had taken out student loans were generally more educated and so earned a higher income with which they could purchase a home. When the recession hit, however, this trend started to reverse. While 30-year-olds without student debt only saw a decline of 5 percent in homeownership, those with student debt saw a decline of over 10 percent. In fact, by 2012, nonstudent debtors in fact had a higher homeownership rate than their student debtor counterparts.

A similar pattern occurred among 25-year-olds with auto loans. While individuals with student debt were historically likely to have more auto debt than those without it, they experienced a steeper decline in their use of auto debt between 2008 and 2012.

What caused this downward trend in noneducational loans for student debtors? Researchers hypothesized that one potential reason is that a weak labor market lowered college graduates' expectations of their future earnings and thus lowered their consumption levels. As The Huffington Post mentioned, researchers cautioned that "[w]hile highly skilled young workers have traditionally provided a vital influx of new, affluent consumers to U.S. housing and auto markets, unprecedented student debt may dampen their influence in today's marketplace." Another possible explanation, the study pointed out, is that lenders have been implementing stricter borrowing standards. The Huffington Post referenced the National Association of Home Builders, which stated that "higher student debt loan burdens impair the ability of recent college graduates to qualify for a loan, thereby increasing the time required for such new households to become homeowners."

As The Washington Post explained, since housing and automobile sales have been a key growth driver in recent years, individuals moving away from those markets could stifle the economic recovery.