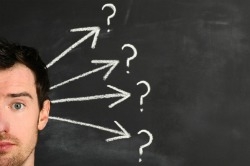 Business professionals making risk assessments probably call upon years of business education for direction, but according to new research, foreign language classes could be just as valuable.

According to a press release published by the Association for Psychological Science, researchers at the University of Chicago have found that people who make decisions in a non-native language tend to be more analytical. Conversely, decisions made in their native tongue tend to be more rash and emotional. These findings could have important implications in the work place, especially for business professionals analyzing risk.

"Given that more and more people use a foreign language on a daily basis, our discovery could have far-reaching implications," wrote the authors, as reported by Wired. "Over a long time horizon, this might very well be beneficial."

Bloomberg BusinessWeek reports that over the past decade, behavior economics research shows that humans have an aversion to loss that dissuades them from taking risks, even smart ones. Processing the situation in another language taps into the analytical portions of the brain and distances people from the matter at hand, limiting emotional bias.

"A foreign language is like a distancing mechanism," said Researcher and University of Chicago Psychologist Boaz Keysar. "It's almost like you're a slightly different person. You're removed from yourself."

Co-researcher Sayuri Hayakawa further explained, that "the most important mechanism for the effect is that a foreign language has less emotional resonance than a native tongue. An emotional reaction could lead to decisions that are motivated more by fear than by hope, even when the odds are highly favorable."

The study involved more than 600 people across three continents. Subjects -- all of whom were studying another language -- were asked to make decisions involving some sort of risk assessment, in some cases using their native tongue and in others in a foreign one. Life Inc. reports that one test involved 54 U.S. college students who were native English speakers learning Spanish. Each student was given 15 dollar bills and were told that they would have 15 chances to bet one of their dollars on a coin toss. If they wagered incorrectly, they would lose their dollar, but if they were right, they would get $2.50.

Despite the odds leaning in the students' favor should they take all 15 bets, researchers found that only 54 percent of them took the gamble when the experiment was conducted in English. When it was conducted in Spanish, however, 71 percent of students took it. This effect could have a notable impact on one's major financial decisions, professional or otherwise.

"People who routinely make decisions in a foreign language might be less biased in their savings, investment and retirement decisions, as they show less myopic loss aversion," the researchers said in the press release.

While these findings could prove valuable for virtually anyone, not everyone has the benefit of knowing a foreign language. Fortunately, Bloomberg BusinessWeek reports that researchers found people could achieve a similar effect by writing a question in a difficult-to-read font, or by phrasing a question so it describes something in the distant future.

"Think in a Foreign Language for Better Work Decisions," lifeinc.today.msnbc.msn.com, May 3, 2012, Linda Carroll