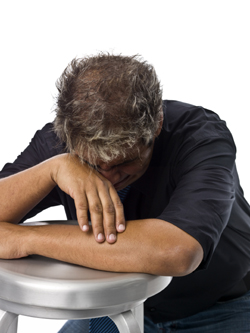 Although research has shown that working long hours may increase one's chances of having a heart attack, another study is now telling us that not working at all is deadly.

LiveScience reported that McGill Sociology professor Eran Shor and other researchers analyzed existing data on 20 million people in 15 (mainly western) countries over the last 40 years and found that being unemployed increased the risk of premature death by 63 percent. Even when researchers controlled for pre-existing health conditions, such as heart problems or diabetes, and behaviors such as smoking and drinking, mortality rates were still high.

"What's interesting about our work is that we found that preexisting health conditions had no effect, suggesting that the unemployment-mortality relationship is quite likely a causal one," said Shor in International Business Times. Shor stated that unemployment causes stress and can negatively affect one's socioeconomic status, which in turn affects one's health, leading to a higher mortality rate.

According to The Vancouver Sun, lack of adequate health care coverage also had nothing to do with the higher mortality rates--the correlation between unemployment and higher chances of death was the same in all countries, even those with better health care systems.

Interestingly, noted International Business Times, unemployment increased men's mortality rates more than it did women's--78 percent versus 37 percent. Furthermore, the increased risk of premature death is particularly high for the unemployed who are under the age of 50.

While being unemployed can cause stress for both men and women, Shor speculated that the increased mortality risk for men could be attributed to their desire to be the primary breadwinner.

"We suspect that even today, not having a job is more stressful for men than for women," explained Shor. "When a man loses his job, it still often means that the family will become poorer and suffer in various ways, which in turn can have a huge impact on a man's health by leading to both increased smoking, drinking or eating and by reducing the availability of healthy nutrition and health care services."

To avoid such negative behaviors, Cincinnati psychologist Kenneth Manges told LiveScience that the unemployed should attend support groups, as they provide encouragement, emotional support and give those who are jobless a chance to interact with other people.

Shor added that public health agencies should also be intervening by promoting aggressive cardiovascular screening and increased education on how to reduce risk-taking behaviors.