Study Shows Wages For Young Workers Have Been Declining 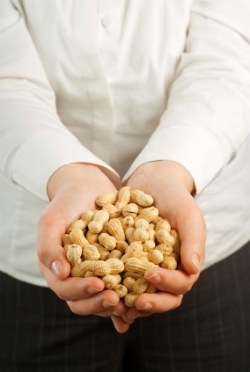 Wages for young workers have been declining since 2000, according to a new report. Those who graduated from high school or college in the last five years or so have been earning less than their older siblings who graduated in the late 1990s.

"New college graduates have been losing ground for 10 years," Lawrence Mishel, president of the Economic Policy Institute, which released the findings, told The Wall Street Journal.

"When the labor market is strong for workers the prospects for young workers are very strong, and when the labor market is weak their prospects are very weak," said Mishel, whose upcoming book, "The State of Working America," will contain this data. "The recent decade affirms this general finding, as the wages of entry-level workers have fared extremely poorly during this period of general wage stagnation."

The report also showed entry-level wages for high school graduates were lower than those in the 1970s, Life Inc. noted. For college graduates, starting wages were less than those received in the 1990s. Today, the average wage for all of these young adults, regardless of their education level, is about $15 an hour.

Furthermore, young workers have been hard hit by the recession, CNN Money reported. The current jobless rate for 16 to 24 year olds is 16 percent. This compares to 7.4 percent for workers aged 25 to 54.

As reported by Life Inc., women, with and without a college degree, earned less than their male counterparts over the past decade, but the gap has narrowed. This partly is due to the drop in men's wages resulting from economic pressures.

The pattern of decreased wages for young workers also occurred between 1973 and 1995, when pay erosion for them was the worst, the report indicated. The opposite--the most rapid wage growth--for this group occurred between 1995 and 2000. During that time, men's earnings rose by 20 percent and women's by 11 percent.

The changes show how wages for entry-level workers vary radically and reflect what the overall economy is experiencing in terms of wage growth.

Because of this wage trend among young workers and the fact that it can take years for them to get their careers and income on track after graduation, noted CNN Money, some experts refer to them as "the lost generation."

"College Degree Not Worth What it Was," economy.money.cnn.com, March 7, 2012, Tami Luhby