Study Shows Why Higher Education is a Worthy Investment 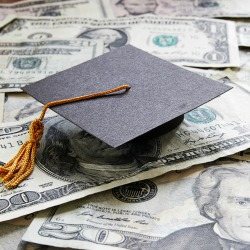 The higher the education you have, the lower your risk of being unemployed and the greater your chance of earning more, a recent U.S. Department of the Treasury study indicates. The study's findings have convinced some education and career experts that higher education, even in the face of rising college costs and a tougher job market, is a worthwhile investment.

"Even low-skill jobs require a higher education," Marty Carpenter, spokesman for Prosperity 2020, a group that advocates for adult higher education in Utah, told Salt Lake City's Deseret News. "Today's economy just simply requires an educated work force at all levels. Because the marketplace is so competitive, you have to have people who have an education to compete in the economy."

These unemployment rates are notable, as the current U.S. unemployment stands at 7.7 percent, PolicyMic reported.

The study also showed that education level correlates to how much money an individual can earn compared to his or her parents. More than half, or 55 percent, of degree holders surpassed their parents' income quintile while 26 percent remained at the same level and 19 percent wound up in a lower bracket. In comparison, 31 percent of people without degrees jumped ahead of their parent's economic quintile. About one-fourth, or 26 percent, stayed at the same level while 43 percent dropped to a lower quintile, according to the press release. These statistics are worth consideration because earning more than one's parents is an indicator of socioeconomic mobility, the press release also noted.

While the benefits of a college education may be evident, the cost of such schooling has risen and students may be burdened with a larger portion of tuition debt than their parents' generation. In the years between 2000 and 2011 alone, public universities' tuition increased by 67 percent after adjustments for inflation were made, the Deseret News reported.

Still, some education experts believe that investing in an (albeit more costly) college education is worth it. Danny Keener, an English teacher at Santa Ana College and Chaffey College, wrote in PolicyMic that people with a higher education may be strategically preparing themselves for better career opportunities in the future.

"Once the jobs begin to come back, who do you think will be hired, the person with a college degree or the person without one?" he wrote. In addition, Keener argued that earning a college education grants individuals a higher chance of finding a job that actually aligns with their interests.

The Obama Administration has taken a number of steps to help ease the financial burden of higher education on students, according to the Department of the Treasury's press release. These measures include upping the maximum Pell Grant from $4,731 in 2008 to $5,550 in 2010, replacing the Hope Credit ($1,800) with the more generous American Opportunity Tax Credit ($2,500), and extending the 3.4 percent interest rate for subsidized Stafford loans for another year. The administration also expanded its income-based repayment program, which includes the Direct Loan program that assists students in their education loan repayments.

"Why a College Degree is Worth It, Even in These Economic Times," policymic.com, December 13, 2012, Danny Keener