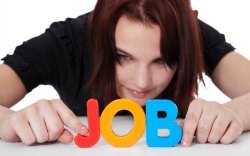 Summer employment for teens has improved this year, but many say that finding such opportunities can still be difficult.

Earlier this month, the Associated Press reported that summer hiring for teens is the strongest it has been since 2006, based on an analysis of Labor Department figures by the outplacement firm Challenger, Gray & Christmas. In May, 157,000 16- to 19-year-olds were hired -- more than double the 71,000 teens that were hired in May 2011. The growth over two years was even more dramatic: In May 2010, just 6,000 teens were hired.

Courtney Moyer, a spokeswoman for Snagajob who was quoted by Life Inc., confirmed that recent data from the Bureau of Labor Statistics indicated that temporary summer job opportunities indeed exist. She pointed out that "clothing stores, food and beverage stores and restaurants all had gains. Government numbers also showed that 4.39 million teens ages 16 to 19 were employed in May (seasonally adjusted), which is an improvement over last year's 4.26 million, a 3 percent increase."

Nevertheless, Moyer said, young people should expect to submit about 25 applications in order to successfully land a summer job. She suggested considering areas such as retail, restaurants, leisure/arts and entertainment.

Bill Thoennes, a spokesman for the Colorado Department of Labor and Employment, agreed that the job market for teens appears to be improving.

"We've been able to link more teens with jobs so far than we did last year," he told The Denver Post. "It's still pretty tough out there, especially for teens looking for their first summer job. But all the indications are that things are looking up this year."

Moreover, according to the Associated Press, Challenger, Gray & Christmas acknowledged that a growing number of teenagers are giving up on finding summer jobs. For example, the number of teens hired last month was still about 21,000 below the average of the five years before the 2007 start of the Great Recession.