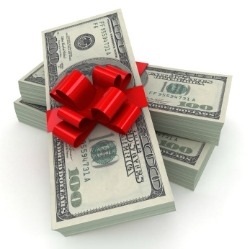 A former professor of the State University of New York at Stony Brook has donated $150 million to the school, the largest donated sum ever made to Stony Brook as well as to any of the individual schools comprising the SUNY system, according to The Chronicle of Higher Education.

The $150 million sum is to be distributed over a period of seven years, and will be used, among other things, to aid top-level graduate students as well as build a medical and research center, the Long Island Business News reported. The New York Times also shows that the money will be used to study cancer and infectious diseases and to fund 35 new endowed professorships as well as 40 fellowships for graduate students.

"The gift will have a profound and everlasting impact on the Long Island region and the state, particularly in terms of health care, economic development and human and intellectual capital," Cuomo was quoted in SFGate as saying.

The donation is not the first made to Stony Brook from the couple. In 2006, they donated $60 million to the school for the development of the Simons Center for Geometry and Physics, according to the Long Island Business News.

According to The New York Times, Dr. Samuel Stanley, president of Stony Brook, said that while Stony Brook is now 54 years old, the donation comes as the school's "rebirth day."

He indicated that the bulk of the money would be used to shore up areas where the school is falling behind. These include the number of endowed professorships, the life sciences, and the student-to-faculty ratio.

"We want to be a top-25 research university," The New York Times reported him as saying. "There's no reason why New York shouldn't have that kind of flagship public university."

Simons, a hedge-fund billionaire, is the chairman of Renaissance Technologies as well as the Simons Foundation, reported the Long Island Business News.

Simons holds a bachelor's degree in math from the Massachusetts Institute of Technology and a PhD in math from the University of California, Berkeley. In 1978, he left the academic world for that of finance and become a successful quantitative analyst known as a "quant," according to The New York Times. Forbes magazine has estimated his worth at more than $10 billion, which would make him the 30th wealthiest person in the country.

His wife attended Stony Brook as an undergrad and graduate student and received her doctorate in economics there. Simons is now partially retired and describes the time spent on charitable work as fun, but not as fun as might be imagined.