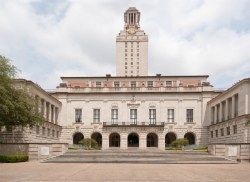 The Supreme Court yesterday accepted an appeal to hear a case that is expected to revisit the constitutionality of college admissions based on race.

The case, brought by a rejected white applicant to the University of Texas at Austin named Abigail Noel Fisher, will be heard during the nine-month term that begins in October. Arguments may be heard before the November presidential election.

"Abby Fisher and thousands of past applicants have been unfairly denied admission to UT based upon its unconstitutional use of racial preferences," said Edward Blum, director of the Project on Fair Representation, a Washington, DC-based legal defense foundation that has helped represent Fisher, in a statement quoted by The Chronicle of Higher Education. He noted that the university's current policy to consider race in admissions would allow hundreds of colleges "to racially gerrymander every classroom in order to achieve proportional racial balance."

Lee Bollinger, the president of Columbia University in New York, told Bloomberg Businessweek that should the Supreme Court decided to outlaw race-based admissions, most colleges would have to completely revamp their admissions policies.

"The case has the potential to cut across all of higher education," he said.

Using race as a factor in admissions decisions at public universities was upheld nine years ago in a Supreme Court case. The ruling, Grutter v. Bollinger, said that admissions officers may take race into account as part of a "holistic" view of an applicant's file. At the time, Justice Sandra Day O'Connor wrote that the court "expects that 25 years from now, the use of racial preferences will no longer be necessary."

According to Ada Meloy, general counsel of the American Council on Education, most colleges and universities currently consider race in admissions. "You can't give extra points or say you're looking for three more black students. That would be dangerous," she told The New York Times. "But reviewing the entirety of an application, colleges and universities that use holistic admissions talk about, 'Here's this person, from this part of the country, who went to this kind of high school, is of this ethnicity and would bring these qualities.'"

Some have said that colleges and universities should focus more on admissions based on socio-economic status, rather than race. According to Richard Kahlenberg, a senior fellow at the Century Foundation in Washington, DC, numerous institutions have already begun to do this.

"The logic behind this is that economic obstacles are even more substantial than racial obstacles to a student's doing well academically," he said in an interview with Bloomberg Businessweek. He noted that "there's an overlap between race and class in our society, so anytime a university uses economic disadvantage, they will indirectly be admitting a lot of students of color."

But college officials say that enacting such policies would not be as effective in achieving diversity. "We do focus on socioeconomic status and other factors, and they're helpful," said Stephen Farmer, vice provost at the University of North Carolina, Chapel Hill, who was interviewed by The New York Times, "but without race-conscious admissions, I don't think we could get the same results. . . . I don't think any school has ever found a way to remain as racially diverse as it already is in the absence of the practices outlined in the Grutter case."

"Supreme Court Takes Up Challenge to Race-Conscious Admissions at U. of Texas," chronicle.com, February 21, 2012, Peter Schmidt