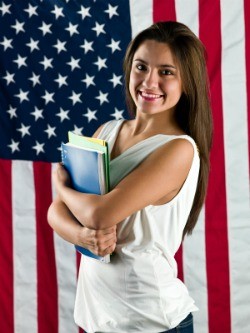 According to Reuters, the Supreme Court rejected the case Robert Martinez v. Regents of the University of California, which challenged California's policy of giving illegal immigrants living in the state the same reduced tuition rates as legal state residents at public universities. The 2001 law allows any student who attends a California high school for three years and graduates to pay reduced in-state postsecondary tuition. Qualifying illegal immigrants must agree to seek U.S. citizenship.

The Supreme Court refused to hear the appeal, stating that the state law was based on high school attendance and graduation, not state residency and, therefore, did not violate federal law. Furthermore, reported the Los Angeles Times, state education officials pointed out that many of the students who took advantage of in-state tuition rates were U.S. citizens from other states.

According to CNN, 11 other states have similar laws in place, including Maryland, New York and Washington. However, there are 12 states that have taken the opposite route and have passed laws that refuse in-state tuition to illegal immigrants. Alabama is one such state, reported The New York Times.

The Alabama Senate and House recently passed a bill that many have called the harshest immigration law in the country. Among the bill's many provisions is one that bars illegal immigrants from enrolling in a public college after high school. Public schools are responsible for determining the immigration status of all students and must also publish the number of all immigrants enrolled in the school as well as any costs associated with their education. Governor Robert Bentley is expected to sign the measure into law.