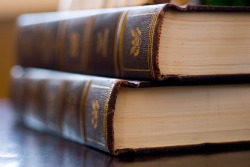 A national survey revealed that female law students, despite comprising nearly half of the law school student population in the US, are less likely to ask questions in class or discuss assignments with professors than their male counterparts. In addition, female law students are more likely to say they are motivated to work hard out of fear of failure and to avoid being embarrassed in front of their peers, The Chronicle of Higher Education reported.

The 2010 Law School Survey of Student Engagement, conducted by researchers at Indiana University at Bloomington's Center for Postsecondary Research, pooled data from nearly 25,000 students at 77 law schools in the US and Canada.

Now in its seventh year, the annual survey includes data that is intended to help law schools teach better, prepare students for their careers and evaluate how the learning environments at different schools compare.

Although the study did not address the reasons why women appeared less talkative in the classroom, researchers are hoping that the findings will lead to further investigation of the gender divide.

"The gender findings were interesting and kind of disturbing," said Project Manager Lindsay Watkins. "We hope this is an area that folks will find intriguing and want to follow up on."

The survey also included information detailing the amount of time students spend participating in educational activities and how well they feel their programs are preparing them to handle ethical dilemmas once they begin practicing law.

In addition, the report found a disconnect between the crucial role students feel faculty members can play in their professional development and the amount of time students actually spend talking to them.

"If students want to form mentoring relationships with faculty," said Judith Welch Wegner, a professor of law at the University of North Carolina, "they need people who aren't just there short-term and then are gone."

According to Inside Higher Ed, the report comes at a time of rising student dissatisfaction toward law schools concerning job placement rates. In August, a hunger strike drew a considerable amount of attention to the issue, raising awareness throughout the blogosphere.

The study discovered that 59 percent of law students of any class year who used career-counseling services were satisfied with their experience, but 57 percent of third-year law students did not think their school helped much with their job search.