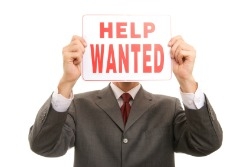 The national unemployment rate may seem stuck at more than 8 percent, but according to a recent report, more than half of U.S. employers actually struggle to fill their ranks.

According to The Huffington Post, a recent survey conducted by the Milwaukee-based ManpowerGroup found that one in two U.S. employers and more than a third of employers worldwide report having trouble filling positions. The problem: A shortage of talent.

"Talent is elusive, and the reason is there is a great divide between the talent available and the talent desired by employers," Melanie Holmes, a vice president at ManpowerGroup, told Forbes. "To put it simply, there is a talent mismatch."

Reuters reports that top reasons for not filling jobs include a lack of available applicants; too few hard skills, such as speaking a foreign language; and a lack of experience.

"(Employers) are looking for people who have multiple skill sets and varied backgrounds, and those individuals are hard to find, especially among individuals who have been out of the job market for an extended period of time," Holmes told Forbes.

The Chicago Tribune notes that this talent mismatch is particularly apparent among traditionally blue-collar workers like carpenters and plumbers, but also skilled white-collar professionals like engineers. The talent gap is also notable among young workers who pursued traditional four-year degrees and have minimal work experience under their belts.

Whatever its root cause, Manpower projects the talent shortage is unlikely to be resolved soon simply because employers have adjusted their expectations for employees during the recession.

"Talent shortages are endemic but employers have gotten used to doing more with less and hesitate to hire until they see demand and can find talent with the specific skills they need," said Manpower Chairman Jeffrey Joerres, in the Chicago Trubune. "Surprisingly, employers are now less concerned about the impact of these shortages on customers and investors, a perspective which signals acceptance of the new normal."

Reuters reports that employers' plans to resolve the talent shortage include providing additional training for current staff and broadening their talent search scope. Higher pay, however, is not on the table: Only 8 percent of global employers are bolstering starting salaries, and only 7 percent are offering better benefits or bonuses.

Manpower's top U.S. 10 jobs most in demand in 2012, as reported by the Chicago Tribune are: