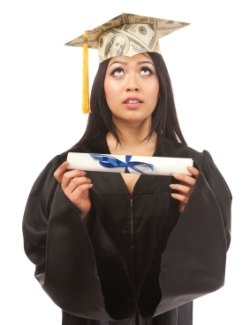 Money concerns can impact academic achievement in college as students struggle to complete their undergraduate degree and make money to support themselves, a new National Survey of Student Engagement study released Thursday showed. Students who suffered the greatest pressure were those who worked full-time and put in more than 20 hours a week, according to an NSSE press release. The bulk of these, some 60 percent, indicated their jobs did impact their academic performance.

The NSSE survey, which queried 285,000 first-year students and seniors at 546 U.S. higher-education schools, also showed money concerns did not significantly diminish over time spent in college: 36 percent of freshmen and 32 percent of seniors said their financial worries affected their academics, according to The Chronicle of Higher Education. In fact, some 33 percent of students admitted they did not even buy course materials as a way to save money.

The decision to forgo class materials led NSSE Director Alexander C. McCormick to comment in Inside Higher Ed: "You have to wonder what the impact is."

The NSSE findings also reflect similar results produced through American College Health Association studies, according to The New York Times. Those findings revealed the second greatest factor impacting students' mental health were finances and those were pushed back only due to a top concern about academics.

The NSSE study dates back to 2000 and focuses primarily on academics. It also looks at student engagement at a variety of levels, such as interaction with professors. Schools do not receive an individual score from the NSSE but instead find out how their results compare with those of similar colleges. The study also adds new query fields as necessary.

For example, for the first year ever, the survey asked students about their choice of majors. To this, many students replied that the ability to make money was a significant factor, according to Inside Higher Ed. Fifty five percent of seniors indicated the potential for finding a job was critical to their choice of major while 52 percent said potential salary or earnings were important. Nearly 59 percent selected potential career mobility or advancement as a factor, and 41 percent chose potential for management positions.

The study, which also examined students' employment choices, showed 20 percent of freshmen had on-campus jobs, and 30 percent worked off campus, according to The Chronicle of Higher Education. More seniors than freshmen worked, with about about a quarter of those finding employment on campus and more than half finding jobs elsewhere. Students with off-campus jobs worked more hours.