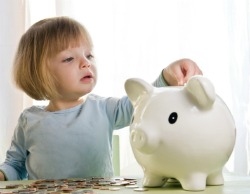 Details emerging from a new study about high school students' ability to pay for college reveals a significant gap between those who say they want to save and those who are actually saving.

Some 74 percent of surveyed students indicated they want to save money in advance, but just 45 percent are actually doing so, reported AccountingToday. However, the study also showed that those who are already putting aside savings have a lack of clarity about how much they need to save. Students were also less than willing to part with cars or electronics, as some might have done in the past as a way to save cash.

"This is a clarion call for financial literacy," Roger Michaud, chairman of the College Savings Foundation, which conducted the study, said in a press release. "We need to better prepare both parents and their children with the skills and strategies to cope with the costs of college."

The third annual survey also showed that 78 percent of students considered themselves partially responsible for paying for college and that school costs would influence their college decisions. However, more plan to attend private school this year than in the last. In support of their plans, some 46 percent of the students reported that they have already obtained a job in order to start saving.

The College Savings Foundation study examined the responses for more than 500 16- and 17-year-old students during the last week of January 2012. The study does reveal one positive trend when it comes to savings--more and more parents are now taking advantage of 529 college-savings plans to help put away cash in advance.

"Parents can involve students in their savings strategy," said Michaud. "Grandparents, friends and their family can help by offering financial versus traditional gifts throughout the year, while educators provide financial literacy training."

Furthermore, the study shows that 38 percent of parents started saving when their children were of elementary-school age and 43 percent put away a fixed amount every month.

However, CBS MoneyWatch offered some tips on how to save while actually in college or slightly in advance. These include attending a school that offers a four-year price guarantee (for example, the University of Kansas, Columbia College, and Sewanee-University of the South); shave off the time needed to be spent in college by taking Advanced Placement classes in high school; look for schools that offer accelerated three-year programs or do what you can to graduate (possibly one semester) in advance.