Tapping Into The Hidden Job Market 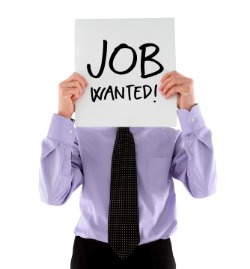 The dissemination of job postings through the Internet has made looking for employment an accessible, albeit more anonymous, process. Competing for the same small pool of jobs that are posted publicly, the majority of job seekers fall short when it comes to landing the position they want, The Wall Street Journal reported.

According to Steven Rothberg, the founder of job website CollegeRecruiter.com in Minneapolis, more than 80 percent of job openings are actually unlisted. As companies rely increasingly on personal referrals to fill positions, this statistic is especially encouraging for candidates who can take advantage of their research and networking skills.

Ellen Gordon Reeves, a career and workplace adviser, said this "hidden job market" represents an opportunity for those who have been struggling to find a job through the Internet, according to CBS News. During her appearance on "The Early Show," Reeves emphasized the importance of using personal references to get one's foot in the door.

"This is why I say stop looking for a job and start looking for the right person to lead you to the right job and the right opportunity," Reeves said. "I tell people not to pay attention to the unemployment numbers, because you only need one job."

Furthermore, Reeves commented that finding a position through a personal contact is much easier and generally more successful than through the Internet.

"To me, the jobs that are advertised are harder to get, because people are hurdling their resumes into the black void of cyberspace and they are not connecting with real people," she said. "Also, the problem with jobs that are advertised is that half of them are already filled. So, those numbers are not really accurate. If you understand how to work the hidden job market, don't be afraid of this number that 80 percent of jobs are filled through a personal referral."

According to ConsumerAffairs.com, following industry news, compiling a list of companies and positions to evaluate and updating one's professional network are key habits when hunting for a job.

Susan Strayer, a career coach in Washington, said a common mistake among job seekers is that they apply to jobs they are not qualified for, The Wall Street Journal noted.

"If you want to become that wildcard choice, a 30 percent match isn't going to cut it," she said. "You need to be as close to 100 percent as possible."