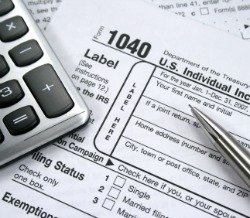 It's that time of the year again. Today marks the beginning of tax season; the day most Americans can submit their returns. Taxpayers who want to claim certain education credits, however, will have to wait a little longer.

According to WBTV, the delay is due to the fact that the IRS needs to update its systems in order to accurately process Form 8863. Every year, the agency evaluates its systems before the start of the tax season in order to avoid errors in processing and delays in refunds. Taxpayers who wish to claim the education credits using Form 8863 can do so by mid-February. The New York Times noted, however, that this delay should not impact other education-related credits such as the deduction of tuition and fees and the interest on student loans. According to WBTV, these tax benefits are on Form 8917 and the Form 1040 series, respectively.

The submission delay could impact households and small businesses because it may affect when refunds are issued. Tammy Bowers has a daughter who is currently in college and she said the delay would postpone some of her plans.

"…We usually try to prepare our taxes early rather than later, we like to do things to the house with that money," she explained to WBTV.

Likewise, some parents and teachers may have to hold off on buying supplies for their children until they receive their tax refund. As a result, business could be slow for those selling education-related supplies.

According to The New York Times, of the tax returns filed through mid-February, some 3 million include Form 8863, which is less than a quarter of the returns filed during the year.