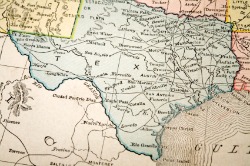 Over 10,000 protesters took to the steps of the Texas Capitol on Saturday to protest looming education cuts. Parents, teachers and school supporters hoped to send a message to the Texas Legislature, even as school districts around the state prepared to lay off thousands of employees.

According to the The Houston Chronicle, the state of Texas is facing a budget shortfall of 27 million. Balancing that budget could result in up to 11 million in funding cuts for education across the state. That could lead to fewer teachers, increased classroom size and cuts in school programs, including athletics and pre-kindergarten.

Though the Senate Education Committee has expressed a desire to protect classrooms and teachers, the budget shortfall puts education funding in serious jeopardy. 90 percent of the state's general revenue budget is taken by public education, higher education and health and human services.

Anne Dunkelberg of the Center for Public Policy Priorities told The Houston Chronicle that under the best of circumstances, 76,000 education jobs will be cut. The worst case scenario calls for the elimination of 120,000 education jobs.

Those protesting the budget cuts want to use the 9.4 billion in the rainy day fund and close tax loopholes in order to keep funding for education. According to The Dallas Morning News, there are other options for shoring up education while balancing the budget. Peggy Venable of Americans for Prosperity argued that school districts can cut spending by eliminating non instructional employees and cutting back on administrative pay and perks.

According to KENS 5 in San Antonio, the potential budget cuts are not the result of a poor economy, but of a broken system for school funding. In 2006, the Texas Supreme Court ordered the Texas Legislature to find new means of funding education in the state. After that decision, the Legislature capped educational funding, cut property taxes, and implemented a cigarette tax and franchise tax.

However, the educational system still saw a deficit of 5 billion each year. The state used 2009 federal bailout money to balance the budget and pay for education.

Though the state does have the ability to pass bonds in order to raise revenue, the money gained can be used only for physical needs, not for the payment of personnel. Dipping into the rainy day fund could balance the current budget, but without amendments to the tax code, school districts could find themselves in the same situation in 2013 but with no rainy day fund to help ease the situation.

According to The Houston Chronicle, parents and teachers are sending a message to legislators with their voting power. Signs such as "Vote Against Texas Education and We'll Vote Against You" were prominent at recent rallies. Last week, Governor Rick Perry drew heated criticism from protesters when he said that if teaching jobs were cut, it would not be his fault.

KENS 5 in San Antonio reported that both San Antonio Representative Mike Villarreal and Robert Scott, the head of the Texas Education Agency, felt that lawsuits following education cuts would be inevitable.