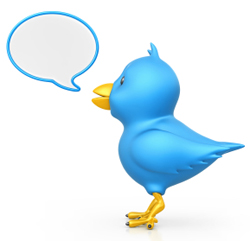 The integration of social media into higher education has always been a slippery slope. Networking sites such as Twitter and Facebook have blurred the lines between personal and professional, leaving many instructors wondering how personal posts may affect his or her credibility. The results of a recent study now show the answer.

According to Ars Technica, Kirsten Johnson, a professor in communications at Elizabethtown College, and her undergraduate student Jamie Bartolino designed a study to examine whether tweets affect the perceived credibility of an instructor.

Johnson and Bartolino created three fictional Twitter accounts for "professors" and split 120 participants--ages 18 to 23--into three groups: one that followed a professor who posted only scholarly tweets, one that followed only personal tweets and one that followed a combination of the two. Each account posted 22 tweets and included the same number of hyperlinks. Students were then asked to rate the credibility of the professor they followed. Responses were compared against five "factors of credibility" that were identified in a 1974 study: competence, character, sociability, composure and extraversion.

To Johnson's surprise, students rated the professor who posted personal tweets highest on measures of credibility, reported The Chronicle of Higher Education. However, those ratings only applied to younger students. Older students were more inclined to think that tweeting personal information was unprofessional. Students who did not use social networking sites also perceived professors who tweeted as less credible (according to Ars Technica, 30 percent of participants had Twitter accounts).

"I think that students, particularly undergraduate students, want to make a connection with their professors that goes beyond knowledge," said Johnson to The Chronicle of Higher Education.

While the data offers a sigh of relief to professors, Johnson noted that there are some limitations. For instance, although students are interested in getting to know their professors outside the classroom, they do not want to know everything.

"It's just creepy to get any closer than that superficial level," explained Johnson.

Furthermore, the study did not take into account interactions that take place in the classroom, noted PhysOrg.com. Previous research has shown that students tend to respond better to instructors who are open and personable, which are characteristics that may come out more in person than online. Also, the study only used fictional female professors, which may have distorted the results.

"The effect of Twitter posts on students' perceptions of instructor credibility," Learning, Media and Technology, March 2011, Kirsten A. Johnson