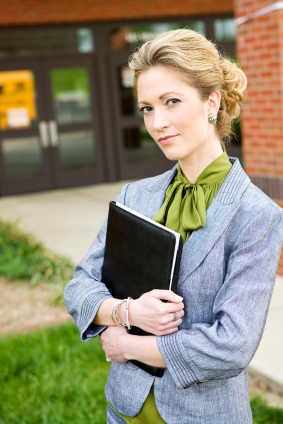 Teachers are facing the worst job market in years, and the chances of finding employment are particularly grim for new graduates.

"In classes, the professors have been trying to maintain a certain level of positivity and telling us something will work out," said Erin Aiello, who just finished the teacher training program at Rutgers University and was interviewed in New Jersey's The Star-Ledger. "But as graduation is coming closer and closer, the professors have been realizing how dire things are."

The Star-Ledger reports that between 5,000 and 6,000 new teachers are typically hired for New Jersey public schools every year, but school district cuts have made new job slots scarce. Of the 27 students in Aiello's program, only 2 have received job offers, and another two have solid leads.

The New York Times reports on the same grim phenomenon, noting that at the University of Pennsylvania, most of the 90 new teaching graduates currently are jobless.

"We're trying to encourage everyone to hold on," said Kathy Schultz, an education professor at Penn who was quoted by the Times. "But that's very difficult because students have taken out loans and want to be assured of a job."

The situation is so dire, reports The Times, that a recent posting of seven available teaching jobs at Pelham Memorial High School drew over 3,000 applications from candidates as distant as California. Similarly, the Port Washington District on Long Island received over 3,600 applications for eight positions.

School cuts are only part of the problem; the market is also being flooded by laid off workers turning to teaching as a second career. The Washington Post reports, for example, that many jobless journalists are currently employed as teachers.

"I am not happy about the loss of good people at the Post and other journalistic enterprises in the massive reorganization of the news business," writes Jay Matthews in the Post, "but if schools are getting some talented wordsmiths that way, it may be a net plus."