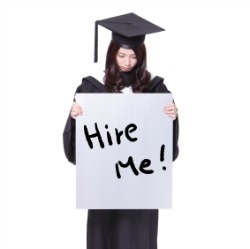 Liberal arts majors have long known that finding a job would be difficult, especially when compared to more so-called practical majors such as business and engineering. A new study, however, showed that liberal arts degree holders can do a few things to increase their job prospects and even boost their starting salaries.

The Wall Street Journal reported that Boston-based labor analytics firm Burning Glass looked at nearly 3.8 million entry-level job postings (the study defined "entry-level" as jobs requiring three years or less of experience) between July 2012 and June 2013 to determine what kind of jobs recent liberal arts graduates would qualify for. Analysis revealed that new grads with a liberal arts education were candidates for about 955,000 jobs. However, if liberal arts grads had certain technical skills, they qualified for an additional 862,000 jobs.

"With a little bit of extra skill, you wind up unlocking almost double the number of jobs," said Matt Sigelman, CEO of Burning Glass, in The Wall Street Journal.

According to USA Today, the study, as well as other research on the topic, noted that a liberal arts education is still valuable as it teaches students important broad-based skills such as communication, critical thinking and problem solving -- all skills that any employer would look for. Acquiring a few technical skills, however, can help round out those soft skills.

There are eight field-specific skills that liberal arts majors can earn through internships or by pursing an academic minor to improve their job prospects after graduation. Those skills were marketing, sales, business, social media, graphic design, data analysis and management, computer programming, and information technology networking and support.

The study also noted that having some technical expertise not only improves job prospects, but can also help boost liberal arts majors' average starting salary. As USA Today pointed out, liberal arts graduates with extra training earned an average starting salary of $49,000, whereas graduates without some technical skills earned $43,000. The Wall Street Journal noted that graduates with technical skills could earn more, or less, of a boost depending on the skills. For instance, computer programming was the most lucrative, enhancing graduates' average entry-level salary by almost $18,000. Social media expertise, on the other hand, increased one's starting salary by approximately $3,000. Interestingly, despite the smaller increase in pay, the demand for social media experience is growing faster than any other skill.

The study highlighted that colleges and universities play an important role in helping students improve their job prospects. Burning Glass recommended that schools help students better understand the skills that employers are looking for by offering more tools and information. Schools should also encourage students to take complementary coursework such as elective courses, intensive "boot camp" programs or even MOOCs to develop skills outside of the Liberal Arts. Lastly, schools need to offer more opportunities for relevant internships, as this option tends to be most effective.

Responsibility is not all on schools, however. The study also noted that students should be proactive about their future and start thinking about their career path early on.

"Given the premium employers place on experience, students should endeavor to find internships, jobs, or other active-learning experiences where they can build and demonstrate proficiency in the technical skills employers demand," wrote the authors of the study.

"How to turn a liberal arts degree into a paycheck," usatoday.com, August 27, 2013, Beth Marklein

"The Art of Employment: How Liberal Arts Graduates Can Improve Their Labor Market Prospects," burning-glass.com, August 2013