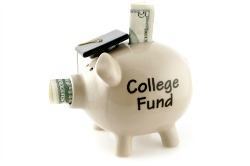 A high school student in New Jersey is suing her parents for financial support, legal fees and tuition.

CNN reported that Morris Catholic High School senior, Rachel Canning, filed a lawsuit against her parents, Sean and Elizabeth Canning, saying that they kicked her out of their Lincoln Park, New Jersey home and left her unable to support herself financially. The lawsuit requests that her parents cover the cost for her final semester at the private high school, as well as pay for her living and transportation expenses, future college tuition and the legal fees associated with the case.

Canning, an honor student, athlete and cheerleader who hopes to become a biomedical engineer, alleged that her parents were verbally and physically abusive and, therefore, she was forced to leave her parents' home. She left at the end of October and has been living with her best friend since. In addition to housing Canning, her best friend's parents, John and Amy Inglesino, are currently paying for the legal fees for the lawsuit. Canning is seeking the court's official declaration that she is unemancipated, which would mean that her parents are still required to support her financially.

"I am a very good student. I have no drug problems. I am a good athlete. I work at a job outside of school," wrote Rachel Canning in a court statement quoted by CNN. "My parents simply will not help me any longer… (They) should be required to provide for my support until I can stand on my own two feet. In order to do this, I had to take legal action."

Sean and Elizabeth Canning, however, deny their daughter's allegations and state that she ran away from home on her own accord because she did not want to abide by reasonable household rules, such as doing minor chores, abiding by a curfew and breaking up with her boyfriend who the parents say was a bad influence. According to CNN, court documents filed by the parents' attorney showed that the teenage couple had been suspended from school for truancy in October. The New Jersey Division of Child Protection and Permanency also investigated the family and cleared the parents on allegations of emotional abuse.

The Los Angeles Times reported that State Superior Court Judge Bogaard denied the teenager's request for $650 in weekly child support and the cost of tuition for her last semester at Morris Catholic High School. He did, however, order the family back to court on April 22, where he will attempt to address the broader question of whether the parents are required to financially support and pay the college tuition for a daughter who states she was forced to move out because they were abusive.

Judge Bogaard, however, expressed concerns that the on-going case could have repercussions. The Daily Record noted that he warned the parties that the case could create a legal precedent where children think they can sue their parents if they feel deprived or disagree with their parents' disciplinary rules.

"The child thumbs her nose at her parents, leaves the house and turns around asking, 'Now you have to pay me money every week.' This poses a public-policy issue," said Judge Bogaard, as quoted by the New York Post. "It's a slippery slope."

He went on to question, "What will the next step be? Are we going to open the gates to a 12-year-old suing for an Xbox?" noted the Daily Record.