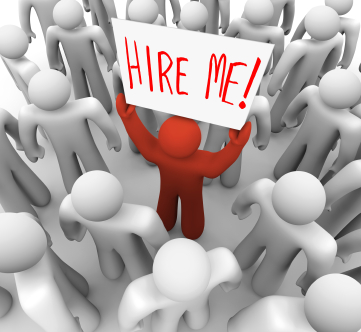 The recession is being particularly hard on teens trying to find summer employment.

U.S. News & World Report notes that according to the Bureau of Labor Statistics, teen unemployment stands at a record 26 percent--the highest for that age group since 1948. Michael Saltsman, a research fellow at the Employment Policies Institute, explained to U.S. News that since so many people are not working, employers are hiring qualified adults for minimum wage jobs which typically would be filled by teens.

"Young people are the first fired, last fired," said Heidi Shierholz, an economist with the Economic Policy Institute who was quoted by U.S. News. "It's not something that teens are doing wrong that created this situation. The rug of the labor market has been pulled out from under them."

The Hudson Sun in Massachusetts reports on the same phenomenon: During a job fair meant for teens at the Marlborough Boys & Girls Club two weeks ago, adults attended as well.

"We've had workers in their 50s applying for jobs with us," said Patrick Murphy, operations manager of a company that cleans out people's belongings, who was interviewed in the Sun. He noted that he had received 100 applications for each available job.

Miranda Mayberry, who was hoping to hire five cashiers and baggers this summer, agreed. "The biggest change is who's in line for the positions," she told the Sun. "We are seeing more mature applicants."

The Culpeper Star Exponent reports that teens are struggling to find summer employment in Virginia as well. "There are fewer job openings published in local newspapers or online," noted Terry Burton, a career specialist in the Monticello High School counseling center. "There are jobs out there, but a lot of jobs are being filled by companies putting a sign in the window or hiring someone's child that they know. . . . They want to get the best they can and they're able to look at the post-high school, college and even adult markets for employees. At the same time, more kids seem to be looking for jobs."

"It's still perfectly respectable and fine to get a job mowing lawns or babysitting or waiting tables," noted Lindsey Pollak, a career adviser and the author of Getting From College to Career, who was quoted by U.S. News. "Absolutely go for your dreams and goals, but this may be the year where showing some hard work, diligence, and perseverance is OK in the end."