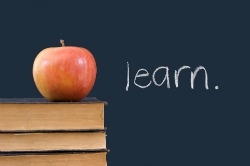 In his State of the State address, Tennessee Governor Bill Haslam proposed a plan to waive tuition and fees for incoming students at the state's community colleges and technical schools.

The Tennessean reported that the governor's plan would set aside $300 million from the state's Education Lottery to fund an endowment that would cover the cost of all tuition and fees at two-year community colleges and technical schools for all graduating high school students. The proposed plan is called the "Tennessee Promise" and is intended to not only keep college financially accessible and encourage more high school graduates to further their education, but also help develop a more educated workforce.

"We just need to change the culture of expectations in our state," said Gov. Haslam in an interview with The New York Times. "College is not for everybody, but it has to be for a lot more people than it's been in the past if we're going to have a competitive work force."

Tuition at most community colleges is fairly inexpensive. According to The New York Times, the national average of a full year's tuition and fees at community colleges is $3,300; in Tennessee the cost is about $3,800. Furthermore, for many students most of the cost is covered by Federal Pell grants and other scholarships. Completely eliminating the cost of college, however, would go a long way, even for students who pay little in tuition.

"Tuition and fees are only part of the cost of attendance," explained Jennifer Ma, a policy researcher at the College Board and co-author of its annual report on college prices, to The New York Times. "There's an opportunity cost, because [students are] giving up jobs, and there are other expenses." Ma noted that if tuition and fees were eliminated, Pell grants and scholarships could go towards pricey necessities such as books, supplies and travel to-and-from campus.

The Tennessean noted that the Tennessee Promise would cost the state approximately $34 million a year. Gov. Haslam stated that most of that would come from diverting money from the state's lottery reserve fund. That would leave about $110 million in the lottery fund, which would be enough to pay out the state's merit-based Hope scholarships. It would, however, reduce the scholarships from $4,000 to $3,000 for freshmen and sophomores at four-year institutions. While some may be concerned that reducing scholarship money could potentially deter students from attending a four-year college, Lt. Gov. Ron Ramsey seemed confident that the state would not see a drastic drop in enrollment.

According to USA Today, many states have tried to lower the cost of higher education in various ways. Leaders in Texas and Florida, for example, pushed to develop bachelor's degrees for $10,000 or less. Oregon launched its "Pay It Forward" pilot program that allows students to attend public universities and community colleges at no cost upfront. After graduating, students would then pay a small percentage of their income for 20 years to cover the cost of tuition for the next generation of students.

Gov. Haslam's Tennessee Promise would make the state the only one in the country to offer free tuition at its two-year institutions. It would not, however, be the first. As USA Today reported, the California Community College system was free up until 1984-85. The City University of New York also stopped charging tuition for a period of time in the 1970s. In 2007, Massachusetts governor, Deval Patrick, proposed a similar initiative that would make the state's community colleges free to all high school graduates by 2015. That, however, was put on the back burner when the economy worsened.