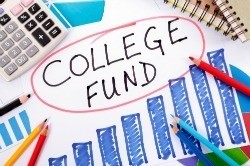 The state of Tennessee recently launched a new initiative aimed at helping all of its high school graduates earn a college degree. The bill, called the Tennessee Promise Scholarship Act of 2014, successfully made it through the House of Representatives with an 87-8 vote, noted The Daily Beacon. The new scholarship was created to ensure that students in the state have the opportunity to earn at least an associate's degree or technical certificate by providing two-and-a-half years of free tuition at a qualifying postsecondary institution. The hope is that "that other group that never got to college," will soon able to, state Rep. Gerald McCormick, R-Chattanooga, told The Daily Beacon.

The bill would reportedly cost the state approximately $34 million dollars per year, and would be funded by tapping into approximately $300 million dollars in excess state lottery reserves and a recently-created $47 million endowment. Now that the bill has made it through the House of Representatives, legislators are waiting for Governor Bill Haslam to sign it. According to Think Progress, the Tennessee Promise Scholarship Act of 2014 would make Tennessee the first state to offer a comprehensive scholarship program of this kind.

Tennessee's plan is similar to plans currently being considered by Oregon, Mississippi, and Florida legislatures. However, the fact that Tennessee students would not have to repay scholarship funds differentiates it from other states' initiatives, which require students to pay a certain percentage of their income back into the program once they graduate.

The initiative is one of the main components of Governor Haslam's campaign to improve college attainment rates in his state. Currently, approximately 32 percent of the state's residents hold a college degree, and the governor hopes to increase that percentage to 55 percent by 2025.

In order to qualify for scholarship funds, students will have to meet certain requirements, including maintaining a 2.0 grade point average, attending mandatory meetings, and completing community service and a mentorship program. Only students who plan on attending a two-year institution will be eligible to apply, although students may transfer to a four-year college upon completion of a two-year program. According to The Daily Beacon, scholarship funds offered through the bill would be last-dollar, meaning that they would only be available to students after they exhaust other federal aid options, including need-based scholarships and Pell Grants.

As The Tennessean recently mentioned, the bill calls for certain funding cuts to help finance it. For example, scholarships for freshman and sophomores at state universities would decrease from $4,000 to $3,500 per year, and juniors and seniors would receive $4,500 per year.