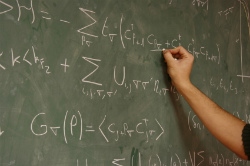 In an effort to cope with severe budget cuts, the Tennessee Board of Regents Chancellor John Morgan approved the academic restructuring of Tennessee State University, which includes eliminating six programs.

According to a Tennessee Board of Regents press release, the proposed changes were made by Interim President Portia Shields. TSU will discontinue six academic programs that have been deemed "not productive or mission-essential to the university". Additionally, the university will reorganize or consolidate programs that are mission-essential but have few graduates as well as reorganize some schools and colleges.

"These are some of the same types of changes many other campuses made over the past few years as funding and revenues declined," said Morgan.

Shields told Inside Higher Ed that the mandate to get rid of low-producing programs has been around for a decade and other Tennessee universities have already taken similar action to meet the requirement. Administrators, faculty, students and other interest groups have worked on the reorganization for six months. It is expected to save the university $700,000 annually. The money saved will be reallocated to impacted programs, such as nursing, that have not been able to meet student demand. No single course will be eliminated, nor will any faculty jobs. However, TSU will go from offering 67 majors to 61 and will consolidate eight schools into seven.

Of the programs to be eliminated, two have raised significant concern among faculty, students and alumni: undergraduate physics and Africana studies. As The Tennessean reported, critics have argued that, though graduation numbers are low, TSU produces much needed hard science graduates, particularly women and minority physics graduates. In fact, Theodore W. Hodapp, director of education and diversity for the American Physical Society, told Inside Higher Ed that despite an average graduating class of fewer than three, TSU is one of the largest producers of African American physics majors.

Critics also questioned why a black college would eliminate Africana studies, a program that is associated with the institution's identity and mission as a historically black university.

Shields defended the reorganization plan, saying that it would help the university meet several policy changes that have recently been adopted by the Tennessee legislature, including the Complete College Tennessee Act, which will make university funding dependent on graduation outcomes rather than enrollment.

"It is in the best interest of the students if we eliminate and consolidate programs and use the funds remaining from the consolidation to promote the most successful programs," said Shields. "In order to get money, we have to graduate students..."

According to The Tennessean, the physics department will be moved into the College of Engineering as a new hybrid mathematics-and-science degree program.

At TSU, a total of 26 majors have graduated five or fewer students over the past three years and, therefore, have been deemed low-producing. The remaining programs--including history, art, chemistry, music and civil engineering--are currently under review.