Tenured Professors Not Immune To Layoffs 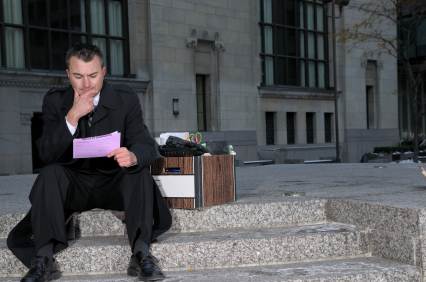 College and university professors are discovering that being tenured does not necessarily guarantee job security.

Inside Higher Ed reports that according to policies issued by the American Association of University Professors, only institutions that declare the dire state of "financial exigency" may eliminate tenured faculty positions. Nevertheless, an increasing number of colleges and universities that have not declared exigency are laying off tenured professors--a move which academic leaders see as the loss of a fundamental right.

"It really guts tenure when you have layoffs" without financial exigency, noted Jack Fiorito, a professor of management and president of the faculty union at Florida State University, who was quoted by Inside Higher Ed.

At FSU, 21 tenured and 15 tenure-track faculty were recently laid off, but Fiorito pointed out that the school is hiring in some programs. True tenure rights, he told Inside Higher Ed, should guarantee that institutions with the means to hire would not be permitted to eliminate tenured faculty in other departments at the same time.

Mike Wetz, whose assistant professorship at FSU was eliminated after six months, agreed. "As tough as it's been for me personally, the toughest part is seeing tenured faculty laid off," he told the Tallahassee Democrat. "It's been very difficult for me to see this happen to tenured faculty. It's totally changed my view of how academia works."

But Inside Higher Ed notes that many institutions are reluctant to officially declare financial exigency--which essentially means that campuses are on the verge of collapsing--because doing so may cause bond-rating agencies or accreditors to impose extra reviews. In addition, some fear that doing so may make students and donors nervous. Officials argue, therefore, that the dire economic times warrant extraordinary measures, even for tenured faculty.

Nevertheless, faculty members at Albion College in Michigan expressed shock upon hearing the announcement that 15 full-time positions would be eliminated in an effort to cut costs.

"Statements made indicate that potentially, tenure-track and even tenured faculty may lose their jobs, that programs that we have come to appreciate on campus, will come to an end," Andrew French, a professor and chairman of the chemistry department, wrote in an e-mail published in the Jackson Citizen-Patriot. "Obviously, this is upsetting to us all."

Officials at Albion said that the cuts were necessary given the financial difficulties that the institution now faces. After the market decline in 2008, the school's endowment dropped by about $30 million, and officials now say that less income is available to support college operations as in the past.

"This decision by the Board of Trustees was extremely difficult," said Albion College President Donna Randall in a statement published in the Citizen-Patriot, "and it came only after long and careful deliberation."