Texas Board Of Education To Cut 64 Degree Programs 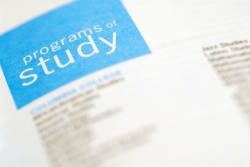 A number of Texas colleges and universities have been able to save a few programs or delay their elimination after a Texas board of education decided to phase out 64 degree programs in the state, according to The Chronicle of Higher Education.

The decision was made by the Texas Higher Education Coordinating Board in late October and is affecting degree programs that lack an adequate number of enrolled majors to be considered viable. The board adopted stricter enrollment parameters last year, which meant that more came under the purview of elimination.

"We're telling institutions either make all of your programs robust and successful or concentrate on the things you do well," Raymund Paredes, the state's higher-education commissioner, was reported in The Chronicle of Higher Education as saying.

The move is an attempt to more wisely use state education money, but critics say it could hurt math and science programs as well as minority colleges, noted The Chronicle of Higher Education. However, a school can still offer classes in a subject, even if the major has been eliminated.

"This process of accountability is something we're going to see more of," Paredes said in The Chronicle of Higher Education. "We want to be able to report to Texas taxpayers how their money is being used."

Initially, some 545 programs were earmarked for potential closure, but about 40 percent of these were given a temporary extension, while 16 percent combined their programs with similar ones at other schools, reported the Houston Chronicle. For example, according to The Chronicle of Higher Education, of the state's 25 undergraduate degree programs in physics, the board voted to phase out or combine six of them. Some 13 physics programs were considered underperforming in all.

Last week, some college presidents and vice presidents appealed to the board in an attempt to save specific programs. One of these was Theresa Chiang, vice president for academic administration at the Health Science Center at the University of Texas, San Antonio.

She asked that a master's degree in clinical laboratory sciences-toxicology be spared because, although there was not a huge demand for graduates, the program was the only one in the state and one of a few in the country, according to the San Antonio Express-News. The toxicology program is one in which students learn to identify the chemicals, poisons and toxins found in a body to help pinpoint the cause of death. The board granted a two-year extension, but not before one of the board members warned Chiang to take steps to increase revenue.

"Short of starting CSI San Antonio, I would like to hear a six-month report on what you are doing to generate revenue," Fred Heldenfels, board chairman, is quoted in the San Antonio Express-News as saying.

In fact, officials have already partnered with another school--St. Mary's University--to try and draw more students to the program and have also worked out a deal with the Harris County medical examiner's office to provide more practicum openings for learning.

At another school, the University of Texas, Austin, 13 programs were initially planned to be cut, reported the Statesman. However, three were combined with other programs and eight others were given extensions of two to four years. However, a bachelor's degree program in Greek and a doctoral degree program in Slavic have been terminated.

Moves like these have concerned students and professors alike. It also leaves questions about whether other states might undertake rigorous scrutiny of their programs.

"I am worried that in the future they might also want to cut more programs," Michael Ramsey, an ancient history and classic civilizations student told the Statesman. "It's a slippery slope. They really haven't given us a reason (for the cuts) because they're not cutting the classes, so they're not saving money, so I don't see why they're doing it."

"Texas Board Requires the Phasing Out of 64 Degree Programs with Low Enrollments," chronicle.com, October 27, 2011, Katherine Mangan