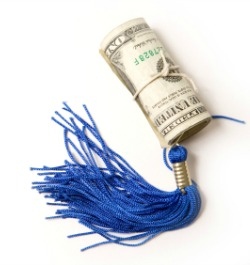 Texas Governor Rick Perry has proposed a four-year tuition freeze for incoming freshmen at state public universities, and legislators could consider the proposal when they are back in session in January.

According to KUT News, Gov. Perry proposed a locked-in tuition rate for freshman during their first four years of college. Students who do not graduate in that time frame would be subject to tuition increases that occur in subsequent years.

"It makes sense to tell incoming freshmen: Here's what your tuition is going to be," Perry said in The Alcalde.

Perry brought up the idea late last week at the Texas Tribune Festival, a three-day public policy forum held in Austin. The idea is another of Perry's to address college affordability and accessibility, KUT News indicated. In the past, he's challenged schools to provide bachelor's degree education for no more than $10,000 and to improve graduation rates, but this occasionally has created tension between himself and administrators and faculty at some of Texas' biggest schools.

For instance, according to KUT News, Perry pressured the UT Board of Regents in May to freeze tuition at UT-Austin for two years. Tuition and fees for in-state undergraduates at UT-Austin are now set at $4,896 per semester. That freeze came after a request to increase tuition by 2.6 percent for undergraduates was made.

Additionally, UT-Dallas already has fixed tuition rates -- for example, an in-state freshman starting school in the fall of 2012 and taking 15 credits hours or more per semester can lock in rates at $5,796 per semester for 12 consecutive semesters, according to the school's website.

As KUT News reported, The Dallas Morning News revealed that Texas students are paying 55 percent more for tuition and fees at state universities than they did 10 years ago. Tuition has increased three percent just this year.

"If you get out of the University of Texas with a $50,000 debt, I don't know if we've served you well," Perry told an audience at the Texas Tribune Festival, reported the Star-Telegram.

Initial responses to the tuition freeze seemed positive, the Star-Telegram reported. Democratic Senator Judith Zaffirini, chair of the Senate Higher Education Committee, said the idea was on the table in 2009 but never enacted. She added that a tuition freeze could help alleviate the increasing problem of students not completing their degrees in a timely manner.

"We're going to carefully consider it again, certainly," she said in the Star-Telegram.

UT System Chancellor Francisco Cigarroa said he favors the tuition freeze, but is against requiring it.

"Four-year fixed tuition should be an option at all institutions, but one size does not fit all," he explained in The Alcade.