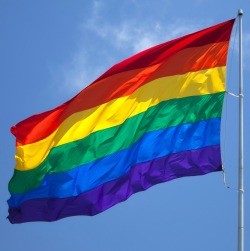 The Dallas Voice has reported that the Texas legislature is considering a bill that would outlaw job discrimination due to one's gender identity or sexual orientation. The bill, SB 237, was filed by Democratic senator Leticia Van de Putte of Texas.

As The Dallas Morning News explained, current state labor laws only protect against discrimination due to one's color, religion, disability, national origin, race, or sex. The bill's passage would mean that employers would also be prohibited from discriminating against current or potential workers because of their sexual orientation, gender expression, or gender identity. Segregating or not hiring individuals due to their gender preferences would also be barred. According to Van de Putte, the bill would benefit the state's economy by increasing people's sense of job security. Right now, she explained, "many go to work afraid they're going to lose their job based on factors that have nothing to do with [job performance]."

The Houston Chronicle noted that Van de Putte went on to say that discriminating against workers due to "factors that have nothing to do with their performance, skill set or ability but only based upon who they love" should be illegal in Texas.

Several other individuals also testified in support of SB 237. Eric Alva, a retired marine staff sergeant, was one of those individuals, The Dallas Morning News revealed. Alva, who won a Purple Heart for his service, is a member of the LGBT community. He expressed his distress regarding the status quo, stating, "I could be fired from a job or be denied from applying for employment, it doesn't matter that I'm a decorated veteran, disabled, or Latino. I would be denied employment because I am also a gay individual."

Alva expanded on his statement in the Houston Chronicle: "There are no laws to protect individuals such as myself or others in the state. It is time that this state recognizes people for who they are on their merit, their leadership, and their professionalism."

Representatives of Christian advocacy group Texas Values and the Texas Association of Business were among opponents of SB 237 but did not testify.

The Dallas Morning News pointed out that similar anti-discrimination legislation is already in place on a city level in some parts of Texas. Dallas, for example, has a local ordinance outlawing discrimination based on sexual orientation in employment, housing, and public accommodations. SB 237 aims to expand the employment aspect of that legislation to a statewide level.