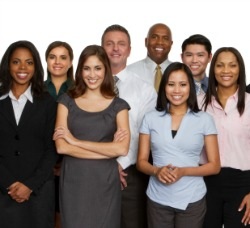 Affirmative action can be a subject of passionate debate. One poll published earlier this year suggested that school administrators privately support race-based educational advantages; another found that the public generally does not. Perhaps it is precisely this battling viewpoint that has brought one Texas professor in the spotlight for writing an email he says was completely "misunderstood," but others say was exclusionary of non-Hispanic students

Texas Christian University Professor Santiago Piñón inspired a debate about unofficial affirmative action this week after singling out some of his students for extra study support, reports KHOU. Piñón sent an email to to students offering a special study session for "students of color only." TCU officials said the professor, who is of Hispanic descent, often reaches out to minority students in order to help them feel connected, but his intentions with his study session backfired when at least one student was offended at being included for her perceived identity.

"After I read it, I read the names [of the other recipients] and they were just Hispanic last names," the student, who prefers to remain anonymous, told Inside Higher Ed. The student said while her name indicates her Hispanic heritage, she is mostly white and does not identify herself as Hispanic culturally. The student posted a screen shot of the email on Facebook with the tag: "I straight up just got segregated by my own teacher. I'm 75 [percent] white." One of the respondents, a white student, noted that he or she never received such an email, suggesting white students may have been excluded.

Not everyone was offended by the email, reports Inside Higher Ed. Daniel Castañeda, a freshman in the class who also received Piñon's e-mail, said he appreciated the sentiment, given Texas Christian University's relatively small Hispanic population. He said he did not believe Hispanic students "needed" extra help, but might appreciate it from a fellow Hispanic professor who "has gone through everything himself."

"I think it was written with all good intentions, not meaning to segregate or leave anyone out," Castañeda told Inside Higher Ed. He said his interpretation of the e-mail was that "anyone could come, he just strongly encouraged students of color to come, and I think it was taken a bit out of context by some people."

As for Piñon -- who, according to The Dallas Morning News is generally well liked by his students an earns high marks on sites like ratemyprofessor.com -- he believes his email was "misunderstood."

"I should have been more clear in that the study group is open to all students," Piñon wrote in an emailed statement acquired by Inside Higher Ed. "My goal is to participate in and contribute to the [university's] mission by being available to all students so they are successful in the classroom and beyond." He said he would like to offer himself as a resource to all students, but "particularly those of color who may face challenges and become discouraged."