Texas Universities To Offer Bachelor'S Degrees For Under $10,000 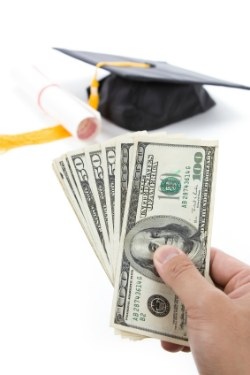 A number of universities in Texas are introducing or creating programs that will allow students to earn their bachelor's degrees for under $10,000.

Next fall, Texas A&M University-San Antonio and the Alamo Colleges will jointly offer a bachelor's degree program in information technology with an emphasis on cyber security, and the cost will be about $9,700, reported the San Antonio Express-News. The degree will include college coursework beginning in the junior year of high school, studying at community college for one year after graduating, and then completing the degree at Texas A&M in San Antonio.

"This is a start," said Texas A&M-San Antonio President Maria Hernandez Ferrier, who was quoted by The Texas Tribune. "We are looking at other programs that absolutely meet the needs of the region, state and the country and that will really yield a job at the end of that degree."

As reported by the San Antonio Express-News, Ferrier noted that many of the university's students are older, married, have children, and work full-time. "They know that if they don't get this degree that...yields them a job, a real job, they will never change the economics for themselves and their children," she said.

"We believe that we need to keep our students in mind and the parents of those students who are paying for their college education," noted John Sharp, chancellor of the A&M System, who was quoted by the San Antonio Express-News. "And produce a degree for those students who chose to have it with the least cost possible and the most transparency possible."

The new programs come following Gov. Rick Perry's 2011 State of the State address, in which he challenged universities to create ways for students to earn their degrees for less than $10,000. The idea met with some resistance among higher education leaders at first, who interpreted it to mean endorsing cheap degrees.

In a meeting of higher education officials this week, Fred Heldenfels, chairman of the Texas Higher Education Coordinating Board, noted that Perry's idea had been initially misunderstood.

"The challenge does not call for a one-size-fits-all solution," he explained, as reported by The Dallas Morning News. "Degrees will need to be rigorous, relevant and productive. Alignment with the needs of Texas employers is a challenge that faces us."