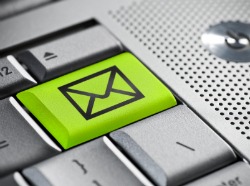 Last month, Facebook founder Mark Zuckerberg forcefully announced, "We don't think a modern messaging system is going to be e-mail." The pithy statement made by the social media giant reflects the new direction of digital communication, as a new generation of Internet users continue to gravitate toward social media, texting and online chatting, Inside Higher Ed reported.

According to The New York Times, users prefer other forms of digital communication besides email because of the tedious process of signing into an account, typing out an unnecessary subject line and then sending a message that may not be received or answered for hours. For many, texting has become a dominant mode of communication, allowing individuals to converse informally, briefly and almost instantaneously.

"I sometimes have an answer before I even shut my phone," said Lena Jenny, a high school senior in Cupertino, CA.

In an effort to accommodate the needs of its users--many of whom are students--Facebook has created a messaging service that feels less like email and more like texting. In addition, Facebook decided to eliminate the subject line on messages and hitting the enter key sends it, instead of creating a new paragraph.

"The future of messaging is more real time, more conversational and more casual," Andrew Bosworth, director of engineering at Facebook, where he oversees communication tools, told The New York Times. "The medium isn't the message. The message is the message."

Statistics support Bosworth's claims. The number of total unique visitors in the US to major email websites like Yahoo and Hotmail is steadily declining, according to research company comScore. Since November 2009, visits have slid 6 percent. The drop in email usage, however, does not reflect a decline in digital communication--people have merely moved to instant messaging, texting and Facebook in greater numbers.

Others believe that email will continue to be a primary means of communication for technology users. According to Mashable, the email list of the US exceeds15 million addresses. Experts argue that email addresses are a safer long-term investment than social media features because oftentimes messages sent on Facebook are relegated to an inbox that is rarely checked. In addition, they are typically changed less frequently than physical addresses and have proven to be very reliable points of contact with people.

Cameron Evans, a top technology officer at Microsoft, says email will continue to be used by students at the college level, despite the advent of new forms of communication, Inside Higher Ed reported.

"In the higher education context, e-mail continues to be the most reliable and persistent form of communication for the work of the academy," he said.